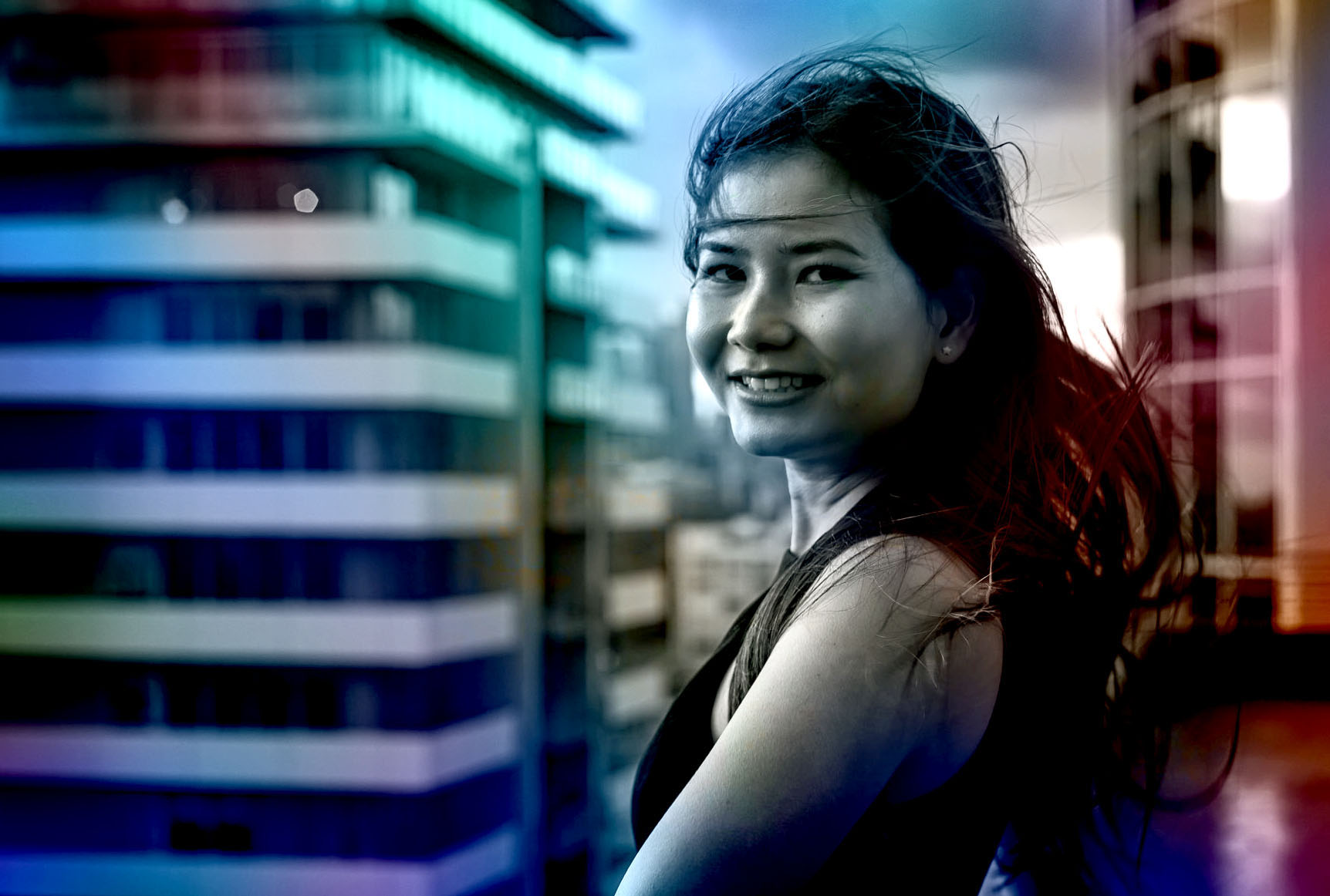 Stepping back into the future with the CSP

Like all good tours, it began with a fresh batch of brand-new t-shirts. This time the T-shirt featured a cat… a Space Cat to be precise…

and a tour that took us all the way around the Kingdom of Cambodia and into the recording studio where we tracked our 5th album Spaced-Out in Wonderland. For me, this was the peak of an amazing time in music in Cambodia and some of the best fun venues and live shows, not to mention great audiences to play too. Spaced-out indeed.

BACK IN KAMPOT CITY

Well, it’s 5 years on and I’m back in Kampot now. I noticed there are some new reno’s going on at my old place KAMA and posted a couple of snaps on Facebook. Guitarist/producer Jason Shaw and others commented and reminded me of some of the great times we had in that old ‘haunted’ house. In fact, Jason’s journey aboard the CSP began right there on that corner when and where we met one morning as I was dusting out the place, chasing out the rats, and had just wheeled a display box of vinyl records out into the street. Moments later I spotted a tall, lanky fella in a Velvet Underground T-shirt, rifling through the vinyl, and some days later (perhaps that same night?) Jas and partner Gillian returned for a CSP gig from which point we pretty much schemed up the idea of adding Jas on guitar and taking off with the world in our sights… dates across Cambodia, Australia, the UK, USA, and finally back to Cambodia with our last gig on that long long trip being a very memorable night at the legendary Otres Market. But all that is history and so much of that time and culture in Cambodia has gone now. Coincidently Doug Yule of legendary The Velvet Underground later paid a visit to KAMA and was spotted rifling through the same box of records that brought Jason into the picture but nothing surprises me in the Wonderland of Cambodia where anything and usually everything can happen!

Thankfully, we also took time to record our music and travel along the way and today, I’m drawing from much of this to inform the future. Space Cat was a character and a t-shirt that Channthy loved and joked about, since stepping into music theatre with shows like Cosmic Cambodia (at Sydney Festival), it already seemed like a great creative direction to steer The Cambodian Space Project towards. Some of the music we’d recorded on Spaced-Out in Wonderland were also songs for music theatre works such as the play Yesterday, Once More – based on the life and disappearance of Khmer songstress Poev Vannary (hopefully this will become a future work).

Around the same time, we were each getting busy with side projects, Channthy had moved to Sydney so the rest of us formed The Bokor Mountain Magic Band and even recorded a pretty darn cool 5 track ep  – check it out. In Kampot, I was getting busy with things like putting on Kampot Readers & Writers Festival – and again, some amazing concerts right outside my old HQ at KAMA – Australian legend Paul Kelly alongside Cambodian icon Master Kong Nay, other great shows from groups like UK psych-rockers Frankie Teardrop Dead, Melbourne punks The Shabbab, The Kampot Playboys, garment factory activist band The Messenger Band and a whole bunch more – a lot of them can be found on our Cambodian Iggy Pop compilation Angkor Pop!

LET’S DO THE FUNKY MUNKY

In 2019 we gave up on the old leaky roof at KAMA and relocated to a patch of land out on Koh Trey (Fish Island) where we’ve opened Fish Island Community Arts Centre and I’ve built the Yellow Sub Studios to produce new work. There’s so much in the pipeline and it’s finally time to take this live. My musical mainstays through much of this time have been CSP rhythm section Bun Sophea and Yus Sak aka Phea Bass and Bong Sak – the Sly and Robbie of Cambodia as I like to call ‘em – and here and now in 2022, we’re back together and working on new music as The Cambodian Space Project. This is especially possible thanks to many who’ve followed CSP’s story and been fans and supporters along the way but also because we have had a very creative collaboration with Melbourne-based puppet/creature/set design co. A Blanck Canvas.

Working with creative director Joe Blanck, there’s been a heck of lot of fun talking up ideas and conceptualising a funky rock opera that brings together a heady dose of South East Asian funk and groove, mystical Cambodian imagery and stories, sci-fi, a mash-up of 60s screen sensation Barbarella into a wild cast of futuristic creatures and characters. This spins into our kinda spaced-out drama set in and around Siem Reap some 200 years into the future! Central to the story of The Rat Catcher – a decidedly feline-looking character, is a divine alien being (aka Space Cat) and right now in 2022, this is the superhero character that is bringing us all together.

THE RAT CATCHER OF ANGKOR WAT

It’s 2222. A group of futuristic overlords use robotic rats to keep citizens of earth in line. With a dying planet to keep alive, the only hope for our hapless heroes is a savior who looks decidedly feline…

This is The Rat Catcher of Angkor Wat, a groundbreaking outdoor musical theatre and puppetry development from A Blanck Canvas and world-famous psych-rockers The Cambodian Space Project. Using unique creature design and the funkiest soundtrack you’ve heard in 200 years, this rock opera is a collaboration like no other.

With several sessions across two spectacular outdoor venues, The Rat Catcher of Angkor Wat is the perfect addition to your evening at OzAsia Festival.

Right now we’re getting prepped for Australia and first up, CSP is playing as an instrumental trio here at FICAC. We’ll have guest vocalists but the two live shows will be Bong Sak, Phea and myself, playing music inspired by the Cambodia, Khmer Surin vibes, Laos cassette tapes, Detroit-style funk, Bruce Lee movie soundtracks, and the garage sixties sounds we’ve been playing from the get-go. If you’re in Cambodia then don’t miss these shows at Fish Island Community Arts Centre – 8pm – late, Friday 30th September and Saturday 1st of October.

CSP’s warm-up shows at Fish Island are just that. Warming up and jamming out on a bunch of beats and riffs that are the groove meter for our soundtrack to the Rat Catcher. It’s also the occasion of the official launch of the first new single by The Cambodian Space Project since the release of our last album with Kak Channthy. This is a new direction and quite a surprise! With the amazing vocals of Khmer vocalist Rachana Tanner stepping up to the microphone, we have title track SPACE CAT it’s a whopping 8 mins of atmospheric funk bliss highlighted by the horns of Jack Howard (Hunters & Collectors, Midnight Oil, Epic Brass) and conjures up the feeling of a Golden Harvest Kung Fu movie soundtrack. We first wrote and recorded this song the day news broke of Charlie Watt’s passing… Space Cat draws inspiration from legendary Stones drummer and imagines “Charlie Watts with the Angkor Watts”. The flipside is pretty darn special too, it’s a cover of a Talking Heads song The Great Curve “The world moves on a woman’s hips”.

The new singles are super sexy, groovy tracks, with a Rachana’s vocal style sounding almost like a ‘Cambodian Grace Jones’ and that’s a wonderful thing! Behind these new recordings is the huge talent of Julitha Ryan aka Tappy – Julitha’s got an incredible soul singer’s voice but is also a brilliant multi-instrumentalist and stunning solo performer. There’s some great examples of Julitha’s solo work but I love our recent collaborations with The Green Mist – check out this track The Sun’s Going Down.

Somehow, thanks to 4 months COVID lockdown in Melbourne, Tappy and I have become a tour de force as a co-production team and have recorded and produced several excellent bands and albums including The Broken Hillbillies, The Green Mist, and a special debut for Fish Island Records called Funkee Junktion. But like I said, if you’re in Cambodian then make your way down to Kampot for the weekend of 30/08, 01/10, 02/10 and check it all out yourself at our little art village out on Fish Island (google maps Fish Island Community Arts Centre).

More announcements will be coming up on our dates in Australia. We’ll be heading to Melbourne first and there are sure to be a couple of preview shows with Rachana Tanner and The Cambodian Space Project in Melbourne. Then it’s on to launch the world’s funkiest rock opera The Rat Catcher of Angkor Wat at OzAsia Festival at the Adelaide Festival Centre on 28,29,30 October.

Following on from shows in Oz, the CSP’s future is unwritten but we’re a Cambodian band and the sky’s the limit… keep a look out for UFO’s! and your ears open for the new sounds of CSP – Space Cat and The Great Curve coming soon.