A Trench-coated Man with a Crab in His Pocket 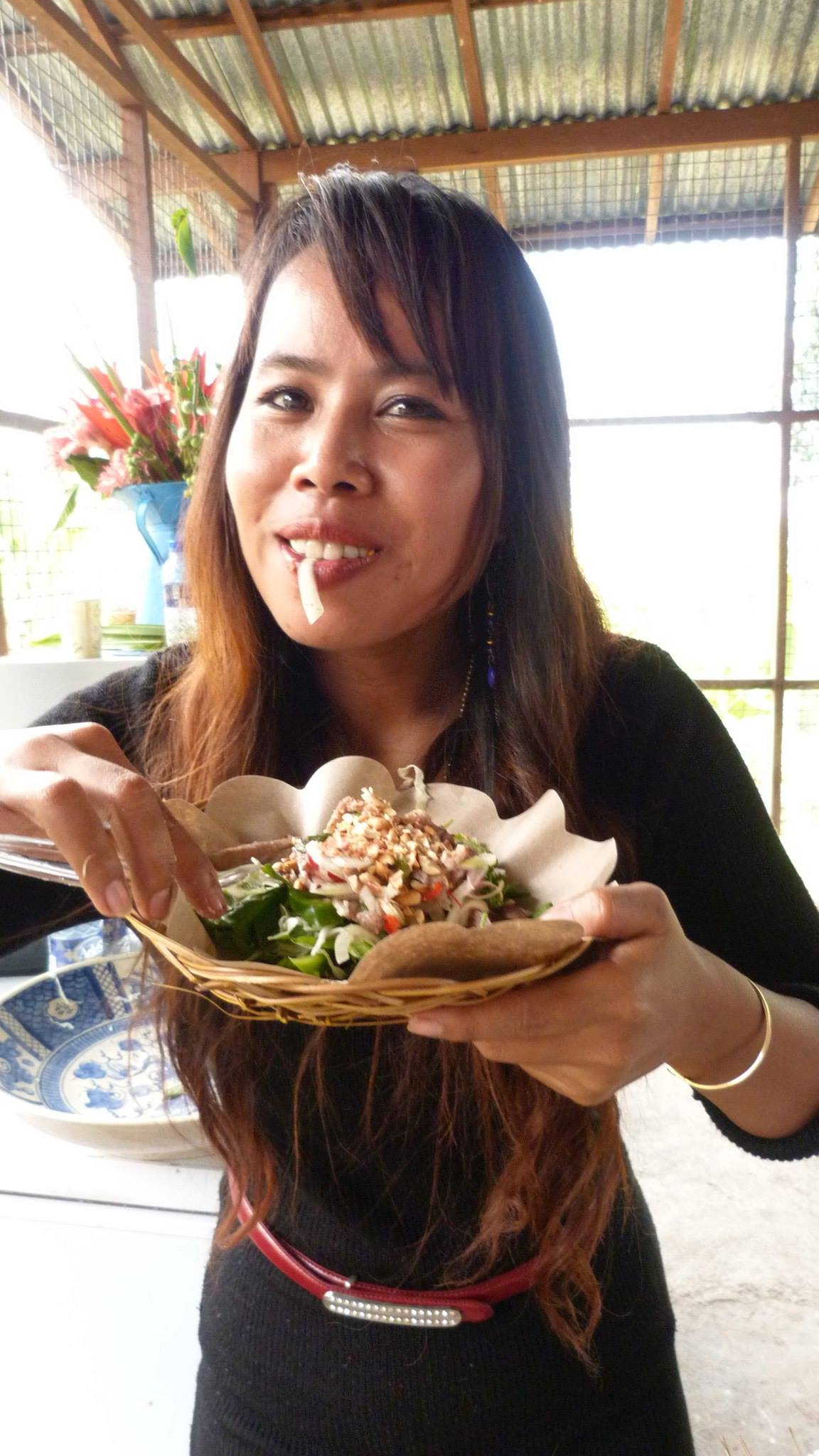 Day 18 of 100 days: writing on flying through Space and Time with Kak Channthy and The Cambodian Space Project 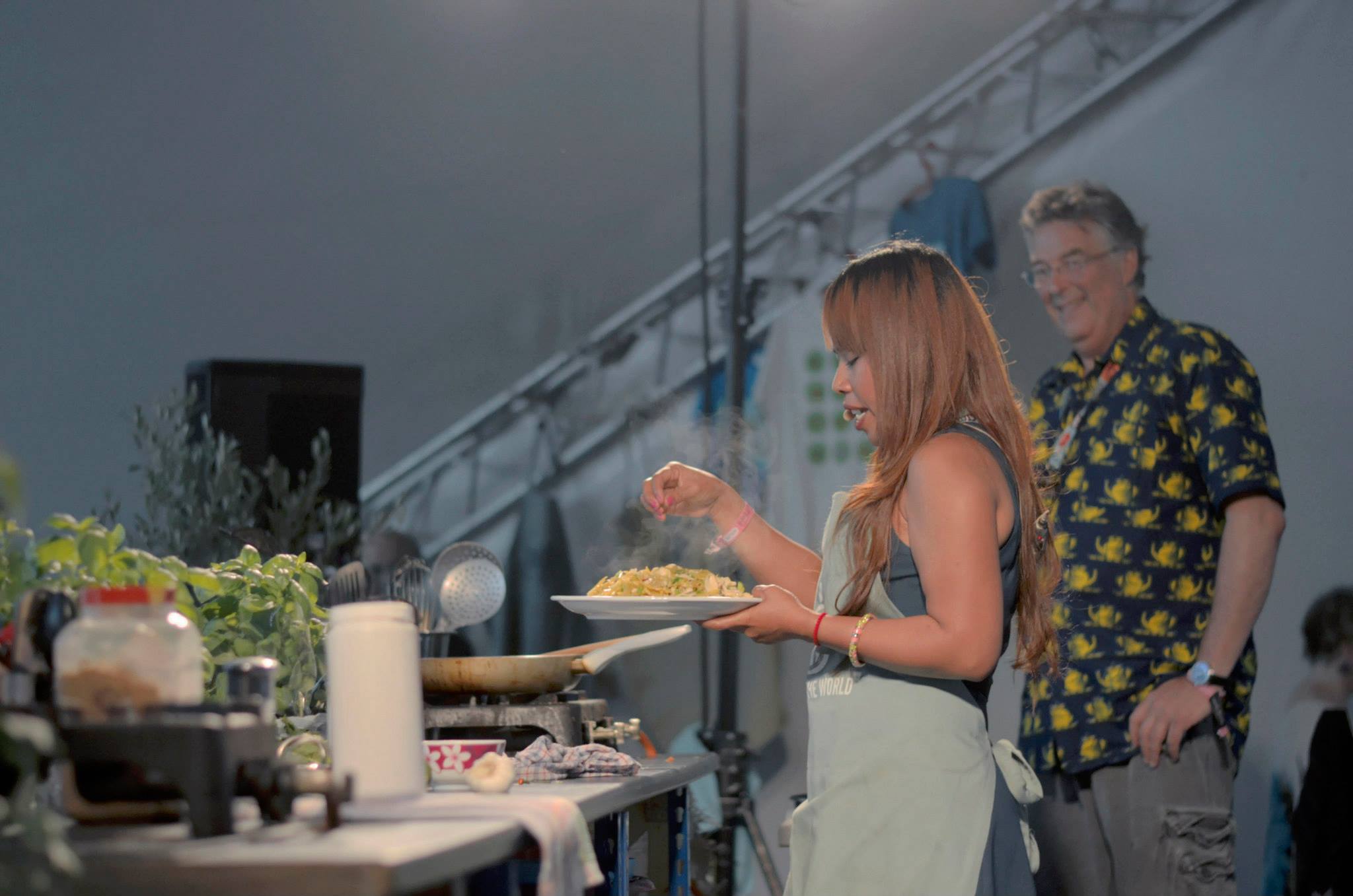 Thy and I were having a great day… we’d arrived at WOMAD festival early, in plenty of time to relax and get settled and what’s more, today’s show would be headlining the Charlie Gillet stage and recorded live for BBC Radio… the band was sounding great and Thy and were getting on just fine. After a very wet evening, the sun was now shining across the muddy festival fields and it was looking like a beautiful afternoon ahead of us… we’d each bought a pair of wellies and were wandering about the festival happy to also know that the tour… despite a near miss at the start… had gone really well and tonight was our last show with an extended CSP line-up that would, for the first time live, include a horn section. This would be our last show for a while and we’d fly home to different places – Channthy was living in Sydney at the time and I was heading back to Kampot, Cambodia.

Thy and I found our way backstage to the ‘green room’ which was more like a huge tent with a relaxed open area with food, drinks and lounges for festival personal, it was also a reasonably dry and comfortable space compared to the mud and swampy campsites outside, we grabbed a couple of plates cued up for a meal… It had been sometime since we’d been in here and never without difficulties in entering and touring Fortress Britannia but each trip had been a revelation and, for better or worse, an insight into the music industry. Each UK visit grew the collective CSP experience and Channthy would amuse herself and anyone else within earshot by mimicking and learning English off Sat Nav voices or other ‘talking machines’ we’d encounter along the way.

On our first trip to UK back in 2011, Thy had asked me “Oh Bong… UK near Australia?” as she had virtually no sense of the world map or even what upcoming dates and locations on our touring schedule would mean… there were no reference points. I’d show Channthy pics of places on Google or Youtube and we’d talk about what we might find once (if) we would arrive. One thing neither of us was prepared for was the very real problem of “this place not good… (Paris) not having my food” and it was and is always difficult for our Cambodian touring team to get used to eating food that is not familiar to them. After a few experiences of visiting and returning to places, Thy would be well-prepared ahead of travel, even to the point of packing her own rice cooker, spices, Prahok (fermented fish) and anything else that would make life easier… the comfort food of Cambodia!

Channthy also had a great memory for people and places… we’d return to a city where we’d been before… I’d be google mapping to figure out walk around the neighborhood while Thy would often still remember which way to go. For the most part, Channthy was also great at remembering people we’d met or seen before and of course, we encountered a lot of people on the road and many who’d we’d meet in one place only to bump into somewhere completely unexpectedly and in another place all together. This happened while we were lined up by the buffet at WOMAD, I spotted this vaguely familiar face… “Hey Thy, we know that guy right? that guy over there…?”. Thy was busy picking away through the salad bowls… “Oh.. dunno Bong… from where?”. “He’s the guy that played harmonica with us…remember? big warehouse in London”. I’d already figured it out, it was indeed Son of Dave, brilliant harmonica player and now best known for doing the soundtrack song on Breaking Bad. Son of Dave aka Benjamin Darvil had played with CSP on one of our first shows in the UK. “Let’s go and say hello…”.

As Thy and I sauntered over to get re-acquainted with Ben, Channthy grabbed my shoulder and told me that she did indeed recognise him… “Bong… yes, he the guy that gave me and Bong Sak a crab! he’s a good guy!”. I laughed, the first memory that came to Thy’s mind was not Ben’s excellent harp playing but the fact – one I’d totally forgotten – that when he did turn up to meet us at a show arranged by Kartel Records… he was wearing this long fawn-coloured trench coat and on spotting Thy and Bong Sak, reached into his pocket and had pulled out a fresh cooked Cornish crab! Our Cambodians were impressed! 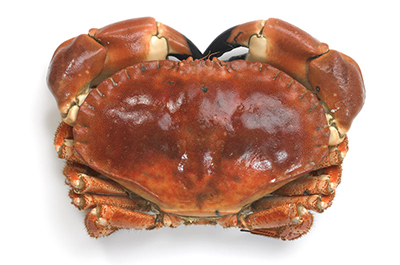 Just as we were catching up with Ben, on of our crew came over and told Thy and I that we were booked for a radio interview over at the BBC3 stage. We’d have to get over there soon so we bid farewell to Ben but not before lining him up to play our very last show – aptly a cooking show called Taste The World where Thy would be wearing a mic headset and cooking and singing while the band would be set-up with instruments and respond with music accordingly. We invited Son of Dave to come along and jam at this CSP finale… “If you’re free? come along… it’s all about food – Cambodian food and we have catch-up and have lunch together… after all, we first met at our last show together over a food – a swimmer crab! you gave to Thy and Bong Sak”. Ben agreed to join us but funny thing was, he could remember our last show together back in 2012 but could not recall the crab! It go him thinking though… 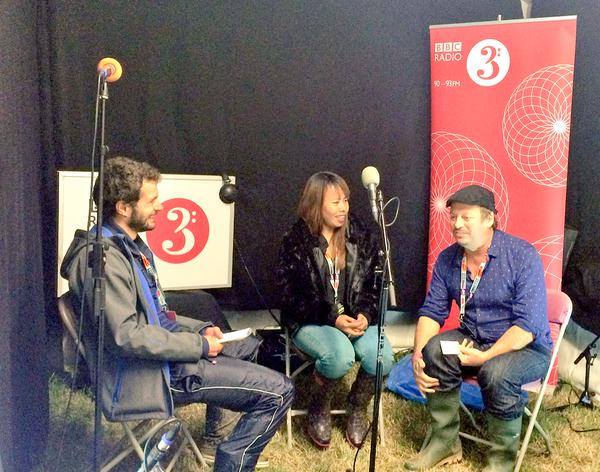 Over at the radio interview, I’m sure Thy and I kept the food theme (as we often did) going through the conversation … Have Visa No Have Rice, Whisky Cambodia… crab and other food stories… We played a great show that evening – a wet and muddy affair – then when the sun came out again for another glorious afternoon and our last day in the UK, we were already setting up for Taste the World. The cooking show format was something and I had already done on several occasions with CSP and Thy loved food and cooking for people… part of the group life on the road was always centered around Channthy inviting everyone along to try her “not too spicy for you bong?” food. We’d done cooking shows at Ubud Writers Festival in Bali and a similar set-up at Womadelaide in Australia as well as numerous occasions when Thy would cook for groups and entertain us all with her efforts, recipes and stories. Channthy was never nervous about doing any concert and often the bigger the show the higher she’d fly but when it came to these cooking shows, she would get really stressed… “This one not music Bong… I know music…this one my food… I’m worried about this…maybe people won’t like…”.

But of course, people did like and at WOMAD we probably had one of the most memorable, relaxed and fun shows of what had been a fabulous tour of the UK. Channthy chatted, joked and cooked away then broke int0 song here and there and the band played. A big crowd rocked up and soon everyone was lining up for a sample plate or a chat… Son of Dave blew some great harp too and by the time it was all done and food was polished off… he recalled “Yeah… about the crab… I’d forgotten that bit but I think I must have walked to that show in London Fields and passed a fish market and on spotting the crab… I must have thought… okay… if I’m on my way to meet the Cambodians then they’d probably like one those… it fitted in my pocket”.

If you’re reading here, please don’t forget to help us raise funds and support Channthy’s son Makara through the Kak Channthy Memorial Fund. Channthy was a single mother who supported a young family and many of the young and elderly in her extremely poor and disadvantaged community in Prey Veng Province.  Your support will help make a better future for the young family she has left behind. 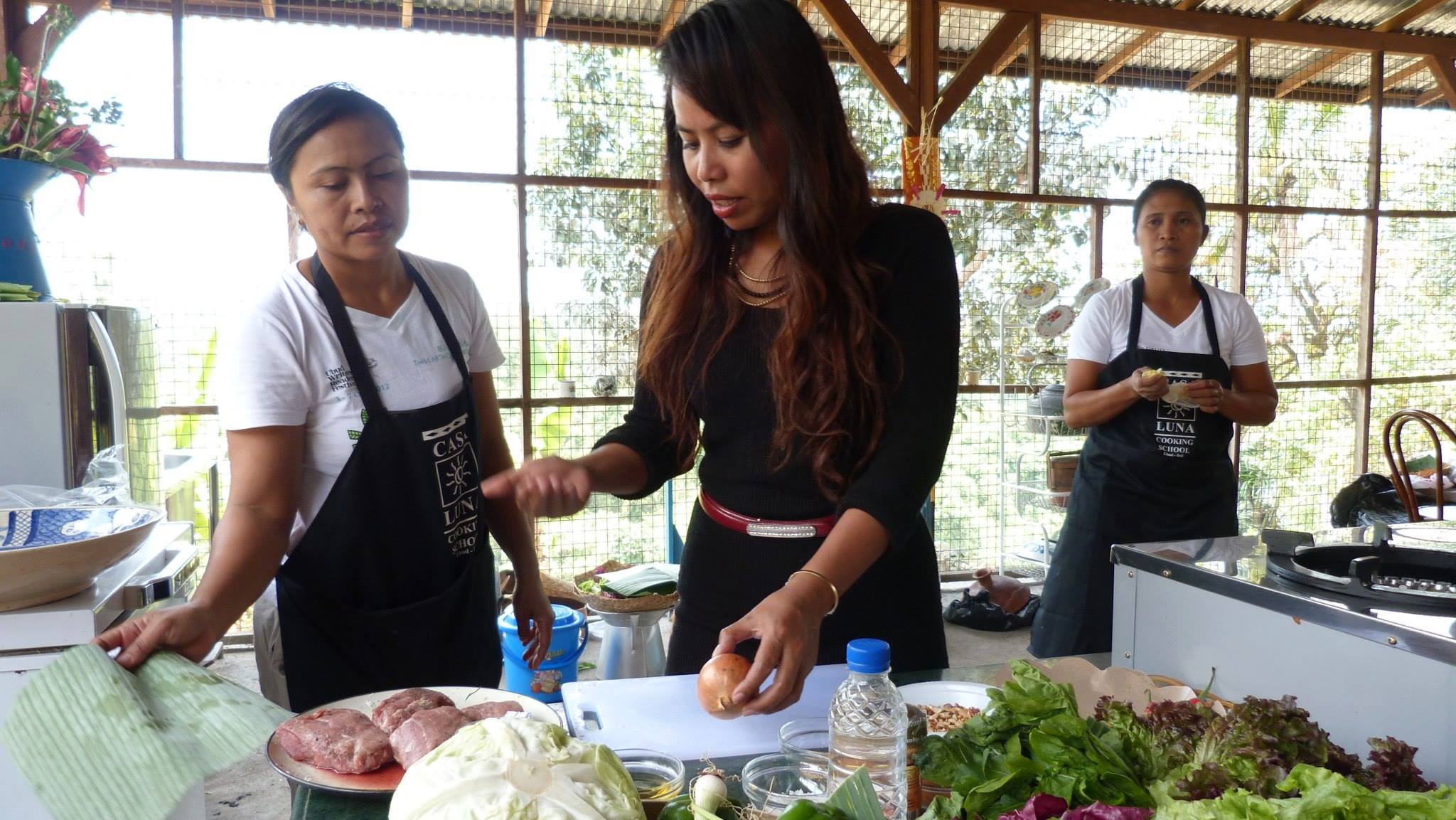 Use two frying pans. In one pan, heat the oil, add garlic, peeled and thinly sliced, and a pinch of sugar, and the diced chicken breasts. Cook for about 5 minutes and set aside. In the second pan add a generous amount of cooking oil. Heat gently and, when hot, add the ginger chopped into fine ‘julienne’ strips. Cook gently on a medium to low heat until the ginger has lost some of its heat. Do a taste test.  Reheat the chicken, add the ginger, and in the last minute of cooking add the sliced spring onions. Serve cold on a plate of lettuce leaves arranged decoratively. Eat with rice. 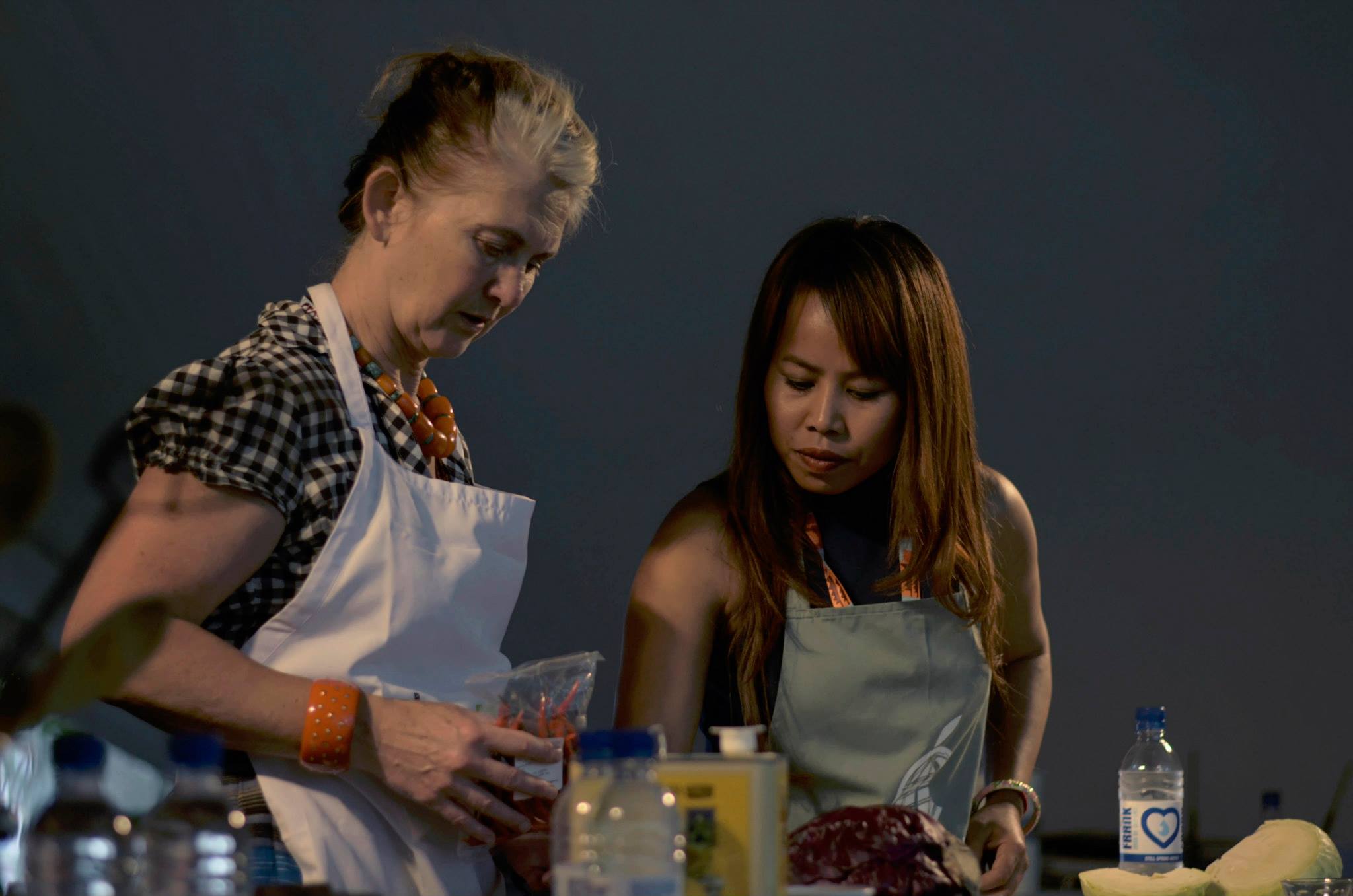 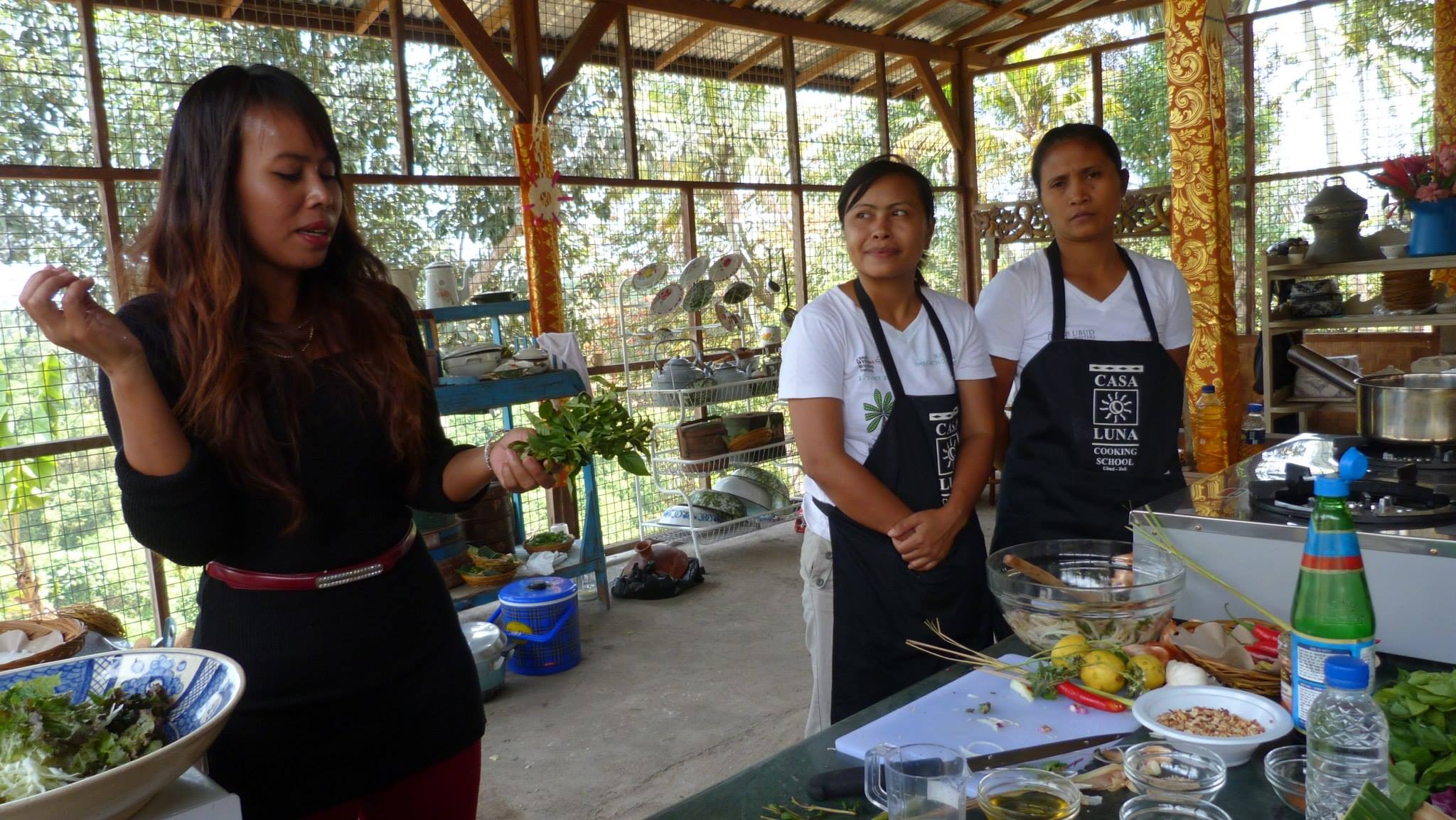 600g beef fillets, grilled to your taste and sliced thinly

roasted and chopped peanuts for garnish

Gently mix all the ingredients together, adding the beef last.. Serve on a plate decorated with lettuce leaves. Garnish with peanuts and chillies. 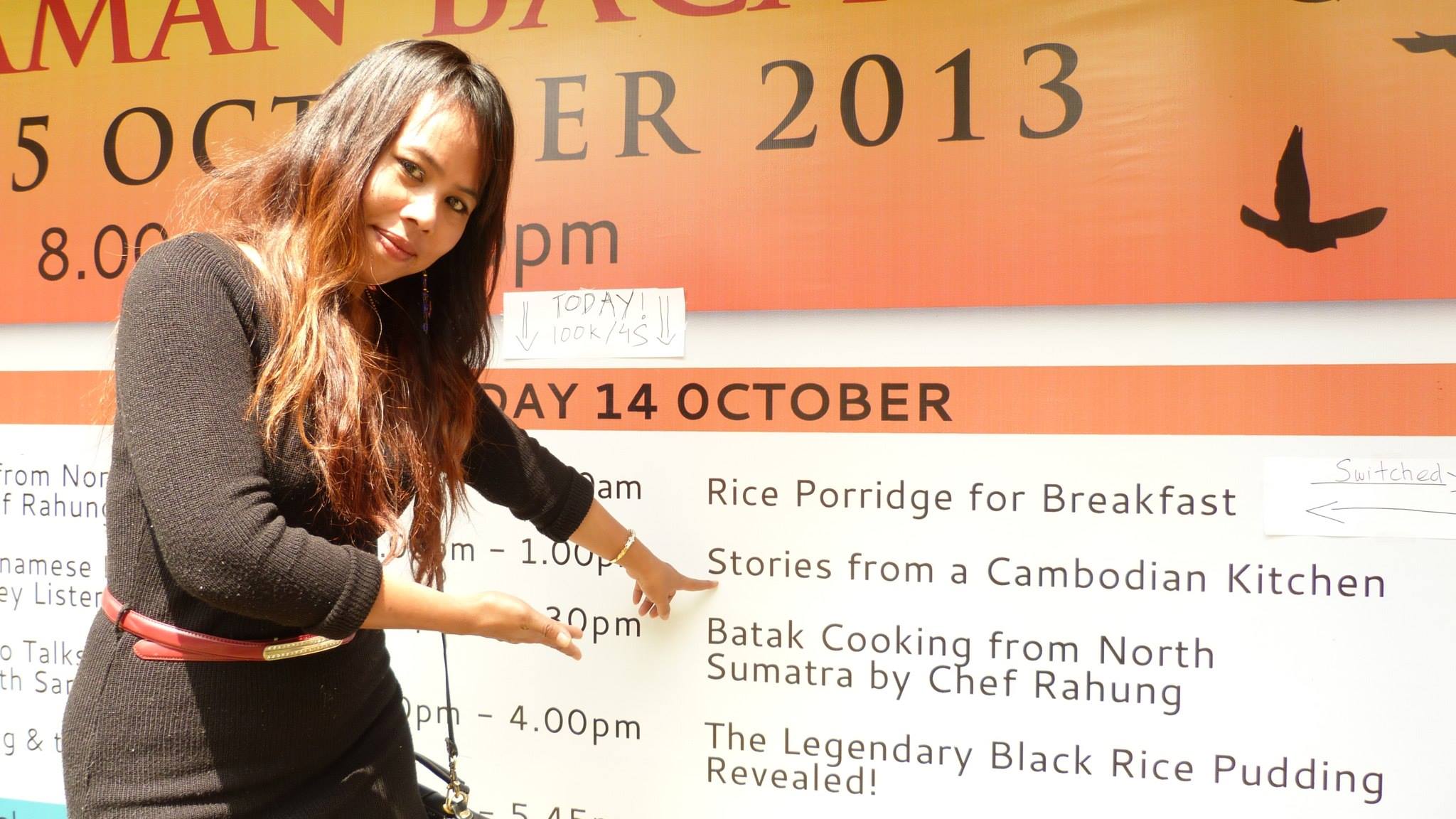 Fill a bowl with water. When just wet, remove and overlap 2 rounds of rice paper. Place the ingredients on the bottom edge of the rice paper and roll, folding in the ends. Add the prawn and the green strip of spring onion last. Seal the end with water and rub roll with oil.

Place on a serving dish and serve with the dipping sauce.