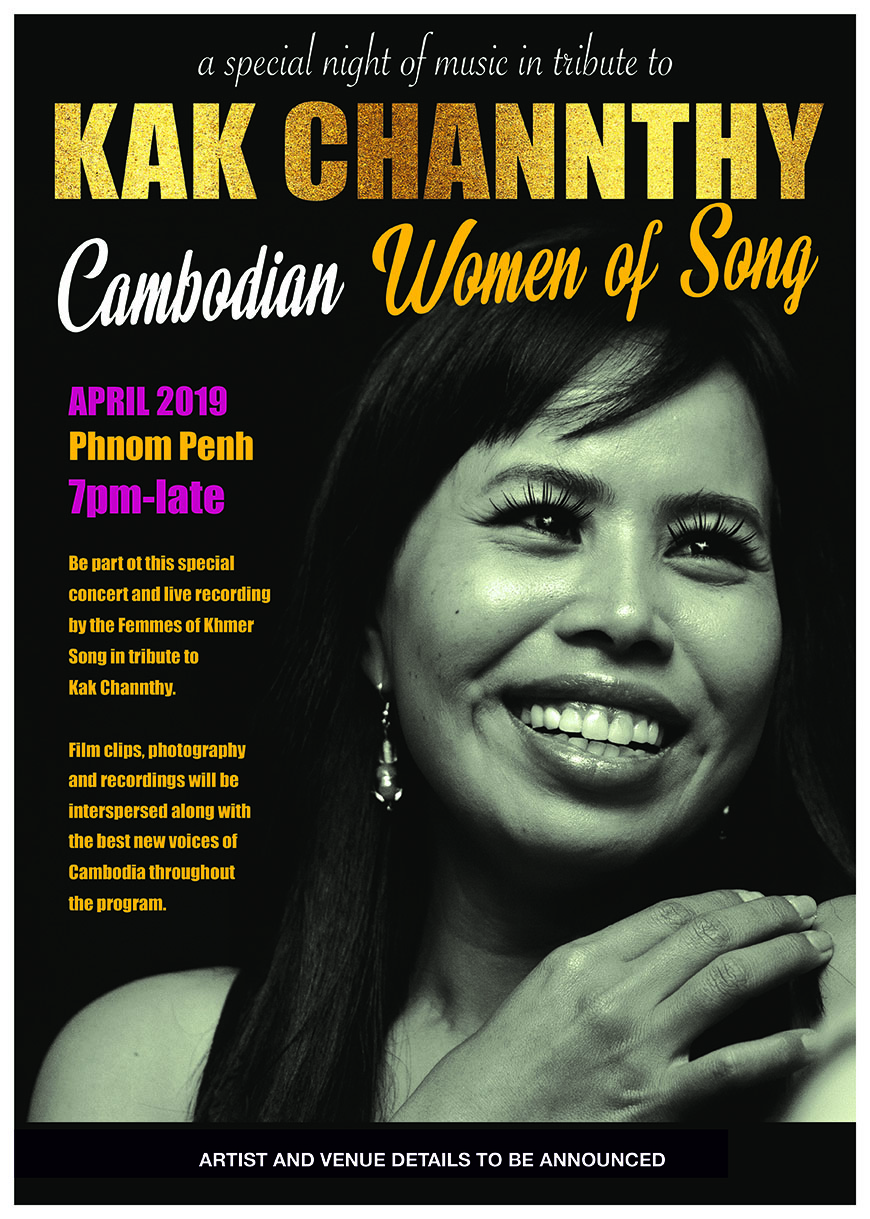 The Cambodian Space Project with special guest musicians will be the ‘house band’ backing more than a dozen brilliant singers over 1 or two big nights.

Women of Song is a memorial event for Channthy and will be part of the fundraising drive to support Channthy’s young family via Kak Channthy Memorial Fund (the official legally registered trust). Financial contributions can be made at: https://www.gofundme.com/channthy

“Cambodian Women of Song” is also a tribute to Channthy’s extraordinary legacy – an internationally renown Cambodian artist, as well as, an inspirational role model for young female artists and women of poor and disadvantaged communities.

The Women of Song concert will be recorded and intended to form a very special album release – a compilation of some of the best voices of Cambodia captured in one very special tribute concert.

Right now we’re putting the CALL OUT for participants and volunteers with the view to make Channthy’s tribute (one year since her passing) the concert of the year!

If you’d like to be involved or support please do not hesitate to get in touch via pm or <thecambodianspaceproject(at)gmail.com>