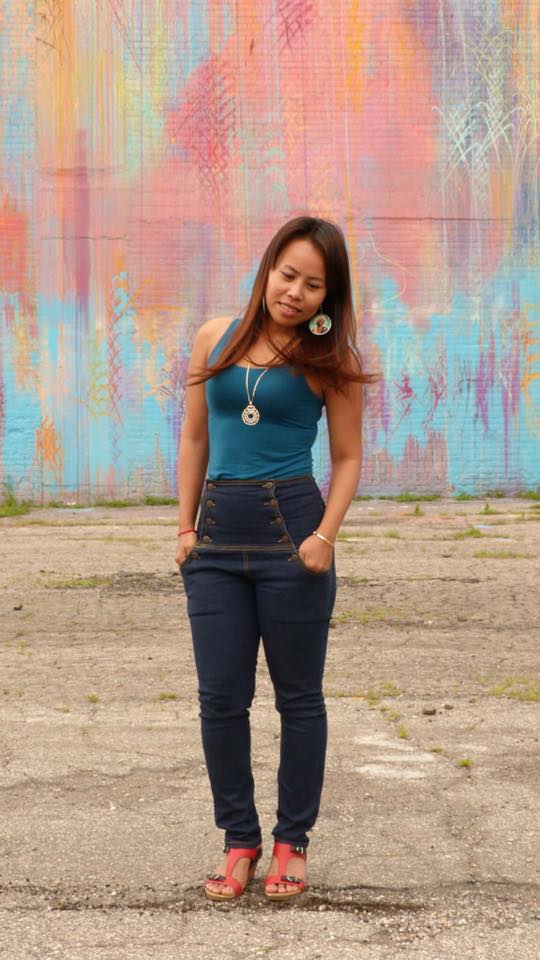 Day 12 of 100 days: writing on flying through Space and Time with Kak Channthy and The Cambodian Space Project

Part 2 of adventures in Detroit and beyond: 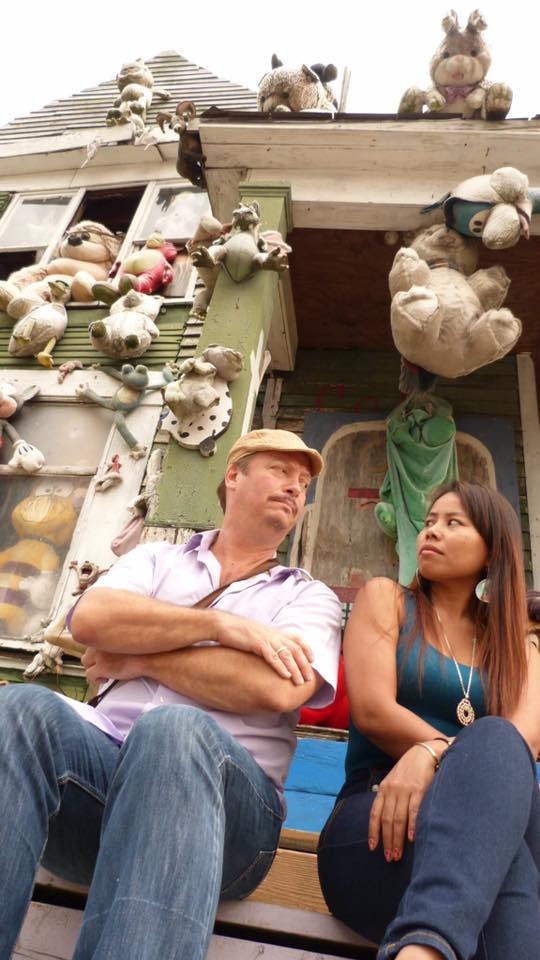 2013 was a strange year for Channthy and I, everything that could go right went exceptionally well, everything that could go wrong went from bad to worse. We started out the year full of hope and joy once we’d learned Channthy was pregnant, pregnant with twins! and we’d manage this around a schedule of things that were doable but also brilliant opportunities. Everything changed when we lost the pregnancy but we kept busy to get through and this was a tough time… Communication between Thy and I was really breaking down and this made things very frustrating.

Still, good things kept coming in thick and fast and the main reason we’d come to Detroit was to lay down what I’d hoped would be a great album. Of course, I was also banking on the fact that Dennis Coffey just seemed to have the midas touch for producing and playing on great records… When we finally got down to work and stuck into the sessions at Rust Belt Studios, Dennis had already written charts to the songs I’d sent him and had rehearsed and briefed the studio and the band. It was a very comfortable easy place to work and the guys made us feel relaxed and welcome… I was still feeling edgy though… behind the scenes we now had Mark the filmmaker in tow, Channthy slipping further and further away… her heart and mind some other place… and I’d started to feel really frustrated about the whole deal but at the same time, put these concerns on hold and just set my mind to the idea that we were here to not only make a good record but to make a great record! and even bring something special in Detroit’s astonishing music scene simply by adding a very unexpected twist to the story… Speaking of Twist… we opened the album Whisky Cambodia with this classic Cambodian Golden Era track… “Twist” then rolled on through the session adding an equal number of Channthy CSP originals to a great pick of vintage Khmer rockers.

Al Sutton ran the studio and was a great interpreter of Dennis’ production style, I think Kid Rock owned the studio originally or perhaps still has a stake in it… we didn’t see Kid Rock but would bump into people like Patti Smith’s son Jackson – who was apparently partner of Meg White… lots of Detroit relationship tales going on and being introduced to us tourists but of course the names didn’t really mean anything to Thy and she was a world away from what she new but Thy did fall in love with Detroit and we did get on in the end… mostly because we had great people around us, working with us, showing us the city and we got to learn about it all together… this is where Thy and I loved being together and being on the road… we’re both people who could get bored quickly and cause ourselves trouble… Thy thought Detroit was a great place to live… couldn’t believe all the old empty houses… abandoned buildings and the rustic dilapidation suited her… but of course, we were staying with our friend Tatyana, uptown in a safe and gorgeous location… downtown, when not recording at Rust Belt, we’d get to hang out with Jim Diamond, Reggie & Lizzie Ray (old friends from Melbourne) and go to places like …” hey …i got this great Soul Food restaurant… it’s 99% black folk there and it’s comedy night… let’s go” or over to Sunday BBQ and Blues jamming in the park in Hamtramck to check out Harmonica Shah, to The Heidelberg Project… wow the D! even down at Jim’s place… the whole neighborhood outside his studio had been turned into an apocalyptic looking movie set… they’d been shooting Transformers Age Of Extinction. 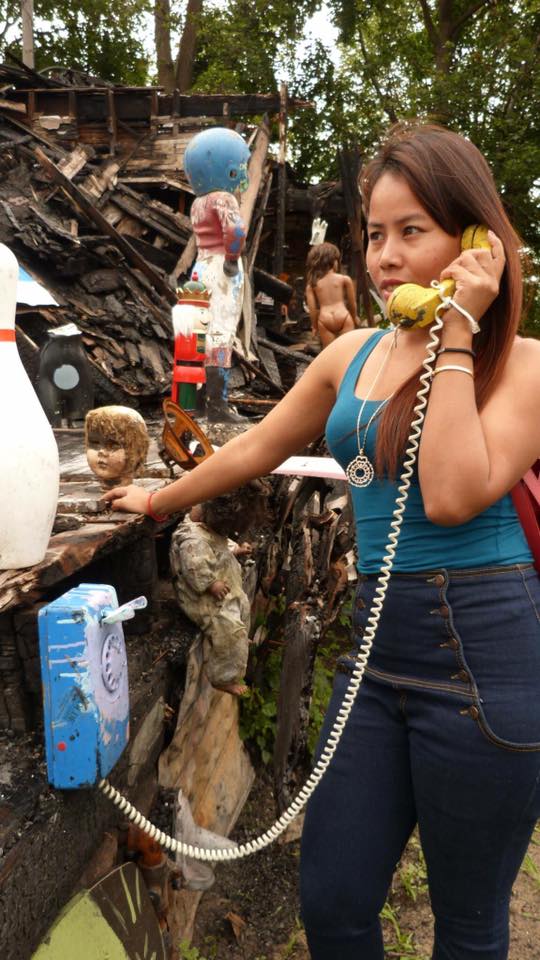 Channthy and I were making progress, the recordings for Whisky Cambodia were sounding great but then we came unstuck… we’d fallen out at home again and weren’t talking… time was running out in the studio and if we didn’t finish now, we’d loose the rest of the booking and our time in USA. It was just one song left to go… I song I’d written and demo’ed in Bali and sent to Dennis…great sounding Chicago Soul style track called Black to Gold… either Thy hated the song …or most likely me… or just wasn’t interested… she shut down and went on strike… Meanwhile, I’m saying to the guys “Hey… we’re not going to get this song done…Channthy’s not coming up with anything… we’re gonna take a break”. I decided we’d use time off to jump on a train and Amtrak our way across the USA, head down towards San Fran then up to Colorado and over to Portland then back to Detroit for one last go…. 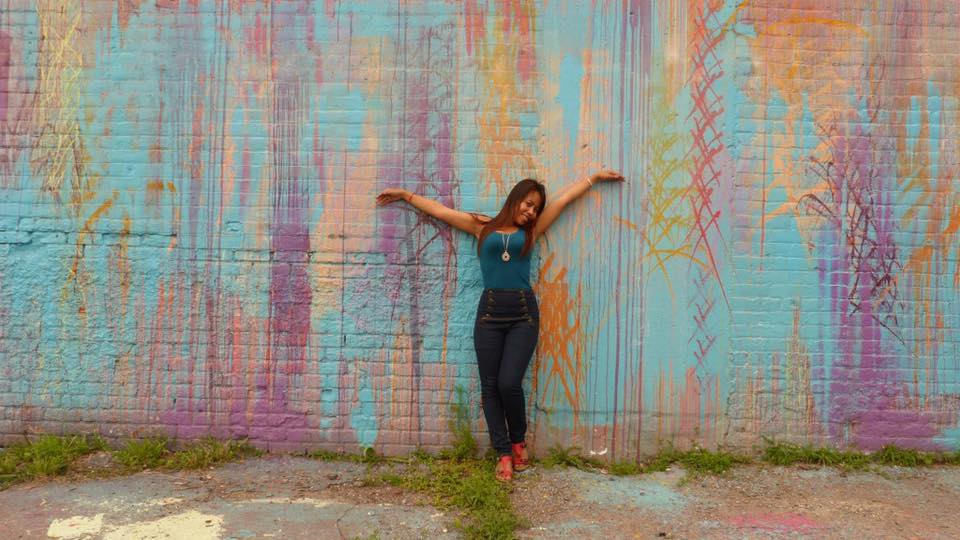 Train travel’s good for the soul… great way to see some of the more scenic parts of the US and by the time we were crossing some stunning country Channthy’s mood had really lifted… we ended up having a few days break and even played a jammy kinda gig with friends in Portland. We’ve got a couple of great friends there who are both musicians and in bands together so it was nice to take a break at Tim and Anna’s place and to get a bit of perspective on everything. Soon were were flying back to the D. Our good friend Scott met us at the airport and we we back in the comfort of T’s place…with a day or so to wind down relax and for Channthy to finish her song… again, she went on strike… “ah …na…I cannot do… why you want song song more more? You stupid?” So yeah… there I was… feeling really stupid and stalling the studio booking… “we need another day…”. Thy was of course, homesick by this stage, and for good reason…there’d been deadly riots back in Cambodia, in Stung Meanchay – a very poor suburb of Phnom Penh where many of her family were living… cars upturned and set-on fire, people killed and wounded… the news making international media… Channthy was also watching and freaking out about all this and on the phone or youtube constantly… people had also told her much about the history of Detroit and she’d heard and learned about the race riots… all of a sudden, Channthy was busy making little notes in her song book… “Ok… I got song now… ” and it starts with the words Hard Times… this is the song Black to Gold.

Finally, a break through! and more things had come together through the last few days and week of studio lull. a friend of Jim’s in NYC had been in touch and put together a back to back run of gigs… wow! New York… of course, I wanted to do this…. Jim offered to drive us up there and join on bass and Reggie jumped in on the kit… it’d be a great last stop for us… I told Thy “Hey… we’re done here … we’re gonna to to New York City!” and the reaction was simply “nah…no go bong…. I’m tired… let’s go home”.

I was getting tired too… too much up and down, hot and cold from Channthy and little appreciation of my role in striving to make our lives better… actually, I’d kind of become public enemy number 1. She was still making long mysterious long distance phone calls… still with her mind a long way from being in a rock’n’roll band, from being married, from everything really… though each time something awesome happened – either planned, scheduled or simply by surprise, right in front of our eyes… Channthy’s response was just as likely to be overjoyed and thrilled as much as me or anyone… When she found out we had to go to NYC anyway… I’d booked flights out from there… she berated me non-stop for about 24 hours even when halfway there… but then livened up and could not hide her own excitement… NYC here we come! The Detroit Space Project! and we were also going home. 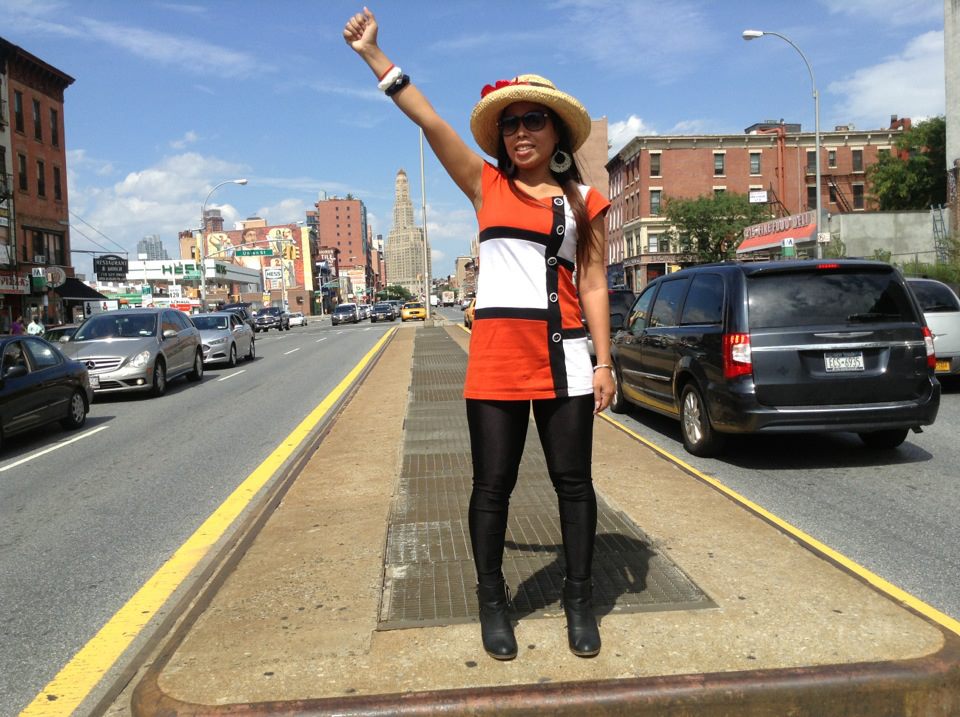 I’m writing here in tribute to Channthy’s life and also to remind you that we’re continuing to fundraise and plan support and a future for Channthy’s 13 yo Son Makara. Please take a moment to visit Kak Channthy Memorial Fund and help or share the link. 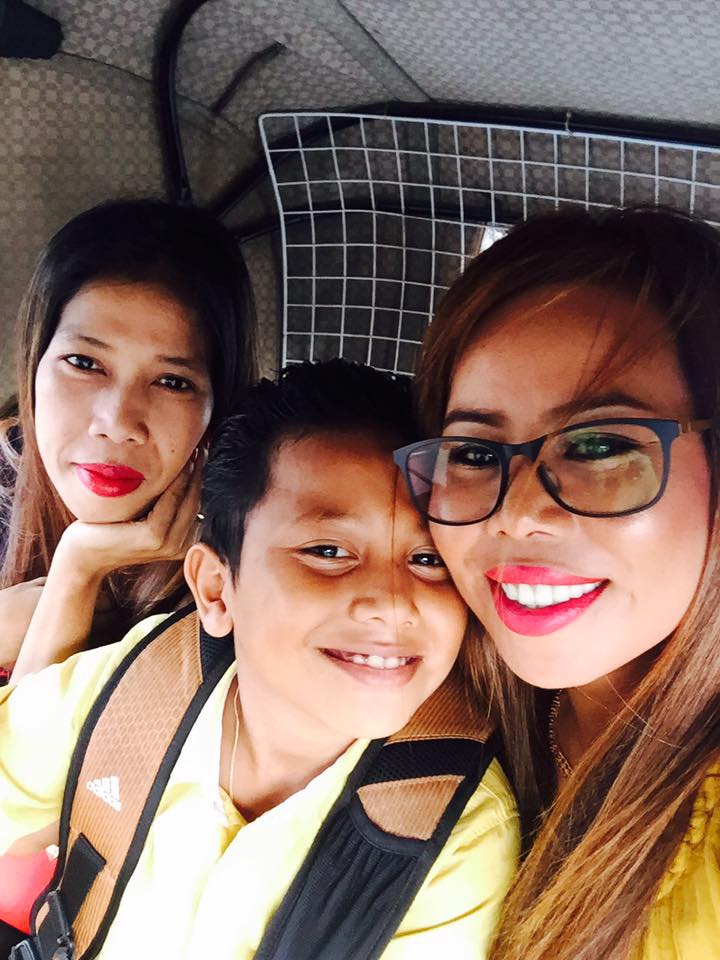