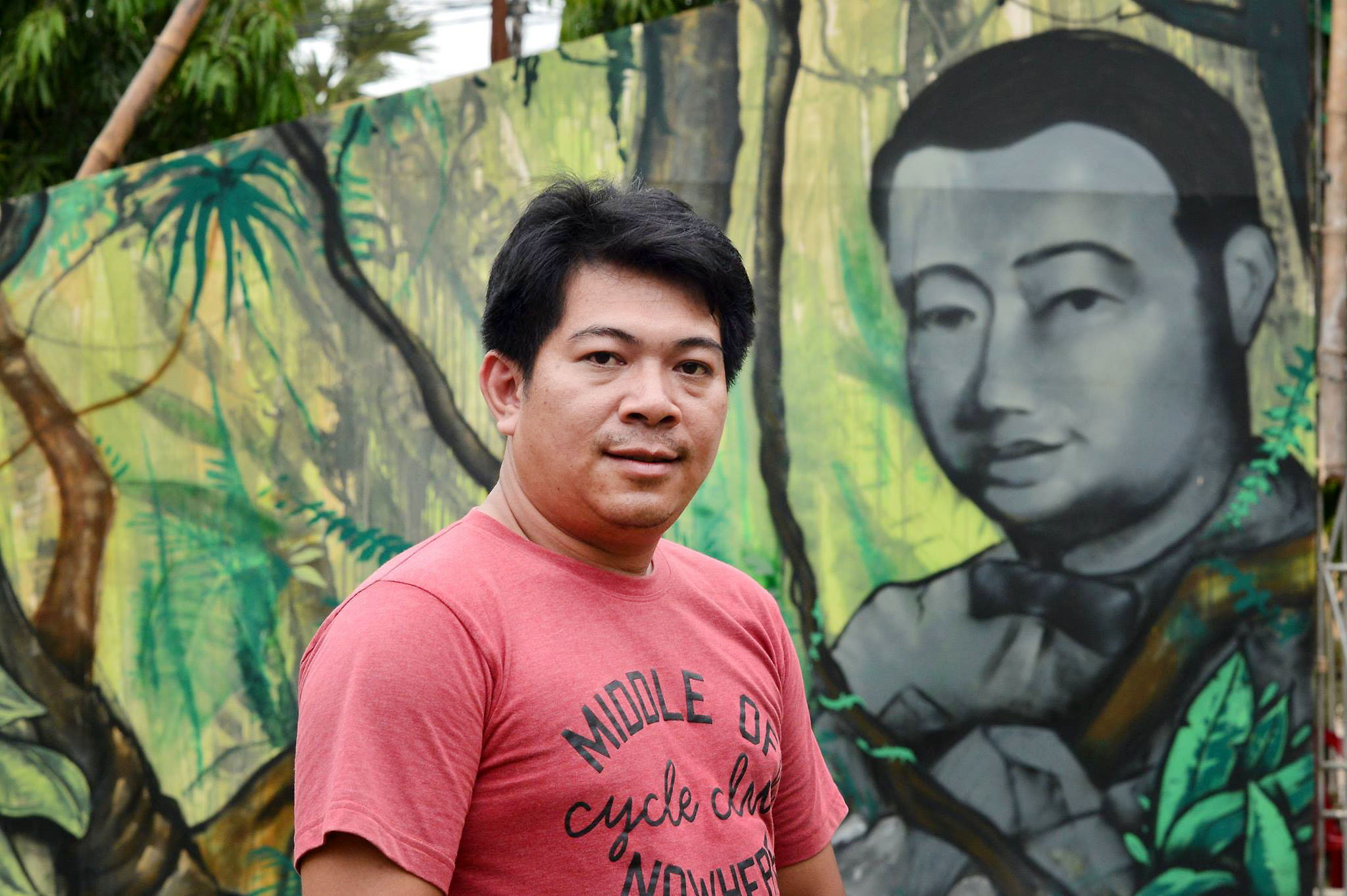 So sorry to hear that Sin Sethakol has passed away from a heart attack on Jan 30, 2019. Sethakol was the grandson of Cambodia’s inimitable, most famous, greatest singer, songwriter, producer Sinn Sisamouth. Kol was also a songwriter and a great singer himself. I was introduced to Kol, around 9 years ago, by Channthy who had known him since childhood, she even mentioned that her mother had breastfed Kol as a child… later they had a very close relationship in the early years when Channthy was just starting out on her own as a singer. It was still a hard time in Cambodia and the ‘revival’ and celebration of music and cultural histories such as that of Sinn Sisamouth and the golden era singers of the 1960’s had not begun, this only came later.

Sethakol really became part of the CSP family as we would sometimes invite him to perform on stage and duet with Channthy. Later, as the efforts to celebrate Cambodia’s golden era artists and to copyright Sinn Sisamouth songs, Kol was able to buy a Soundsystem and became our go-to-man for sound. By 2014 Kol’s star had risen and he’d become much better known as a singer in his own right and of course, celebrated as the only grandson of Cambodia’s legendary Sinn Sisamouth.

The Cambodian Golden Era music has first reached my attention through releases like Cambodia Rocks! and later other compilations, mostly compiled and distributed by small labels specialising in digging up gems from unusual places and so, Cambodian rock’n’roll of the sixties was a great find! a gold mine of amazing and little known recordings. For a while, when CSP got rolling back in 2009, it seemed a small level interest in any sort of revival… I recall bringing together an event at Chinese House early in 2010 and having luminaries like Ros Seresothea’s sisters join us at this special event. Later the local officials picked up on the revival and an initiative was assembled by then finance minister Sun Channthol, called “Time To Give Back”. Copyright of Sinn Sisamouth’s songs were arranged and the ownership of this recorded heritage passed to Sin family, not least Sethakol who appeared at the concert event to sing (to a mostly local audience). It would have been great to have had Channthy at this concert too but she would have been considered ‘too independent’ and ‘too foreign with her attachment to CSP and ‘different ways’… sometimes it takes a long time for recognition and for many years this applied to singers like Sethakol but perhaps more so to Channthy.

I remember Channthy loading up Kol with a bunch of our limited edition screenprints, images of Sinn Sisamouth, and other items, to use as collateral and to sell while on his first visit to the USA. Big Mike Hsu of Sharkey’s Bar had also been a big supporter, Mike had encourage Kol to perform at Sharkey’s and was later instrumental in supporting his USA trip, including having Kol perform with the original Drakka Band at City Winery. Drakka had also recently been ‘re-discovered’ and released on Metal Postcard – the label early CSP recordings were released through.

Sethakol was always appreciative of the support he received and gave back buckets in return. He was a lovely person – a gentle, kind-hearted soul, who was always keen and generous in the way he’d help us set up concerts, put in much hard (hot) work at our events, and would often guest on vocals, dueting with Channthy and performing with the CSP – even picking u a mice and singing from side of stage, behind the mixing desk!

While Channthy and the CSP’s style was often considered ‘too foreign’ for the Khmer for Khmer tastes, Kol was someone who really got it! He was also a rock’n’rolla and loved being a part of our CSP family. As a soundman, he really added something extra cool to our shows and each time I saw Kol setting up for a Cambodian Space Project concert, I already knew it’d be a great night! he just knew how to pull a great sound but perhaps that’s no surprise! it was in his blood.

I’m so sorry to hear of Kol’s passing, it’s a great loss to the music community and to all who new Kol. My condolences to Sethakol‘ family and friends.
RIP Sin Sethakol gone too soon, you will be greatly missed.