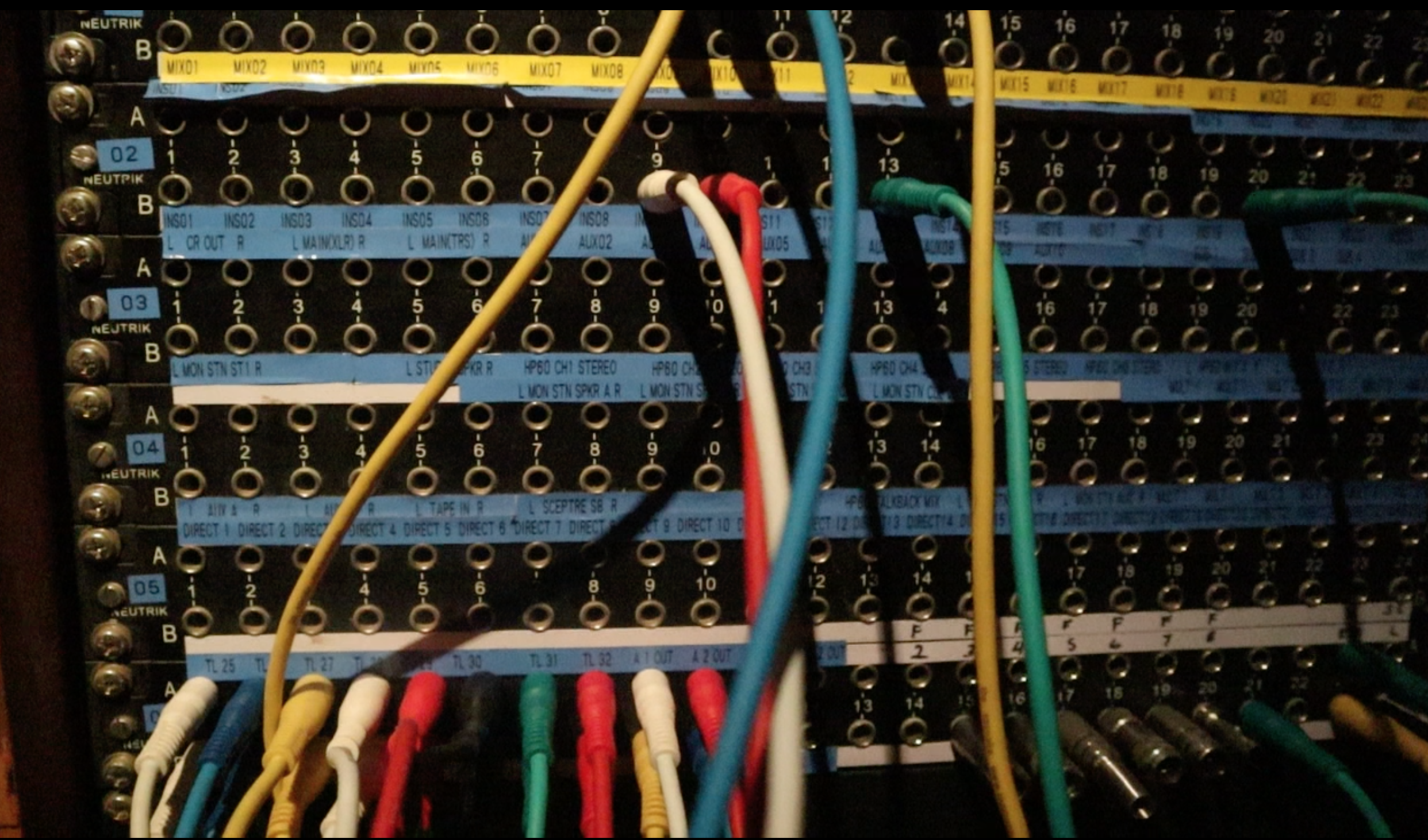 COVID-19 has already taken its toll on how we all live and work and is no doubt devastation for many around the world. Our hearts go out to all those adversely affected and of course, we are all worried for friends and family in Cambodia, where the abrupt halt to tourism and the economy most people live off, will have severe consequences on the daily lives of many.

Around the world, it’s been interesting to see how musicians and artists have flocked to digital platforms to continue to perform and one positive thing about this uncertain time we’re all going through is that the flow of creativity and new music has not slowed down… I’m already overwhelmed by Zoom concerts, conferences, and workshops and as far as new work and plans for Cambodian Space Project releases go, it’s almost continuing to happen with the same modus operandi we’ve had for some time now… this is a process of coordinating our team of musicians and studios to sync up and keep creating. In the first instance, we began this way of working with Channthy’s writing and recording collaborations with Australian singer-songwriter poet laureate Paul Kelly. Over the last two years, much of our new music has been tracked with members of the CSP in London at Space Eko studios and meanwhile, back in Cambodia, vocalists and new songs in Khmer have come to the project through initiatives like our CSP Mothership backing singers including Nang Ye-Ye, Sochi, and Sam Dara along with many new voices through our Cambodian Women of Song tribute events.

Echoes From the Mountains is a new track and a co-write between Sam Dara and I, it’s a song inspired by our recent trip to the mountainous Mondulkiri province and a visit with Sourng Brou and the tribal musicians at Bou’Sra village. Dara’s essentially singing about nature, mother nature, and protecting our precious environment as well as the sanctity of culture and a spirit of place. For any of you who are following CSP and my posts here, you’ll know that we’ve had a long time connection to the indigenous musicians of Mondulkiri and one of the things I’m working on is a documentary called Echoes Across The Mountains, about these same ideas.

We’re chuffed with the results of this new track “Echoes from The Mountains” as it represents a year’s workshopping and songwriting with Dara who has been regularly traveling back and forth from Phnom Penh to join me at my home base in Kampot or in other locations. We’ve made a lot of progress on music and song ideas and Echoes is a great example of this – for me, it’s arrived at a new place – a kind of psych-folk-rock-Khmer sound that is as all-together-new as it is familiar in its sound and style. This track is certainly a new fork in the road and opens up a way forward for more things to come, including new releases featuring the talents and new voices of Cambodian singers like Dara who really nails it on “Echoes”. In my mind, this track is something new coming out of the CSP camp but it’s a great update on Cambodian rock’n’roll, big thanks to all on board for this one.

The recording session happened at 60 Road Studios and it was timed to fit in with the studio’s plans to throw a 5th birthday party with live music and a studio open day. The whole event was pretty impressive and showed lots of development in local music scene with acts like Miss Sarawan, Vartey Ganiva, Sam Rocker banging out some excellent live sets. Meanwhile, it was also a chance for the CSP Mothership to ‘go live’ and debut new music as well as a group of singers we’ve been working with on “Cambodian Women of Song” including Sochi, and from Siem Reap Sina Or who I hope we’ll be hearing more from once we’re through this coronavirus lockdown. Also, special mention goes to our rhythm section, Rick Haldemann on drums and Stan Pelaco on bass, it was the first time this line-up had got together and a great fun week of jamming, getting our new sounds on stage and in the studio.

Getting our heads around the tech challenge on Echoes

In a country town in Oz there’s now a place called The Maitland Space Project…yep! officially named by the local council and taking inspiration from the CSP! and it sounds like a pretty darn cool idea to me and I want to go there and check this out
https://www.maitland.nsw.gov.au/news/maitland-space-project
But even better, Maitland’s home to Sean Ballenden – Record Producer – Mix Engineer – Guitarist at www.triplethreerecords.com

Sean’s our newest space cadet on board the good ship CSP and he’s already bringing some great new talent to the CSP Mothership, working with us to mixdown new recordings and kicking off with the fabulous “Echoes From The Mountains” single featuring Sam Dara – a great place to get started on an exciting new chapter in the Cambodian Space Project story.

Getting Sean on board to work with us on Echoes has been just the right vibe and track at an otherwise unsettling time. Sean’s a natural for the CSP and has done some excellent work on the mixdown for this song, he’s also someone already well connected to our scene and musical direction, and working on loads of cool psych-rock’n’roll in Australia and over in the happening scene in Vietnam. We’d initially, planned to get together – in real life – later this year but with COVID-19 setting in, we’ve sped up the process and kicked off with “Echoes” – with vocalist Sam Dara in Tuscon, Arizona, drummer Ricky Haldemann laying down his drum parts with Steve Bloxham in Siem Reap, Sean doing the mixing and playing bass guitar from his studio in Maitland (rural Australia) and moi! editing little bits of video files the team’s been bouncing over to me while I’m here in Darwin (and otherwise distracted with too much time, too much Tiger King, not enough Ozarks and an unhealthy addiction to the idiocracy of Dr Trumpenstein’s daily coronavirus briefings…. arrrrgh get me outta here!).

Well, not quite, things had been super busy leading up to our shut down and the schedule’s been very full, a great creative development time and especially for extending our work into our immediate community in Kampot – mostly with working with the kids on Fish Island to cover and shoot a video for the Iggy Pop song Monster Men… all this and lots of excellent musicians and artists calling in as well as plans to create a ‘bootcamp’ media production workshop for Women of Song participants. This bootcamp was also going to bring in indigenous musicians but it only when we got the call from Sourng Brou in Mondulkiri to let us know the mountain musicians had decided not to come because of coronavirus fears! that I stopped to check the news, take in what was going on beyond Fish Island and suddenly, make some drastic decisions including shutting down FICAC and our work almost immediately, as well as getting on a flight that I was already booked on (but had planned to cancel) and getting to Darwin, Australia.

I landed in Darwin on March 14 and was a day ahead of the news and mandatory quarantine but I self-quarantined anyway and have pretty much stayed (still stuck here) in self-isolation. It’s not at all a bad thing for artists and musicians and personally, I love a bit of lockdown but it is a drastic and worrying time for many of us and especially our families and friends in Cambodia. So, a few weeks in and here we are, working across lockdowns and scattered in rooms around the world. Dara was also planning a USA trip but sped plans up as borders began to shut everywhere… next thing we know, she’s in Tuscon, Arizona, and… of all places, this is random but turns out to be a great looking location for Echoes video shoot… and adapting to the new reality, we’re now working on music online and this brings together a team that is currently scattered between Cambodia, USA, UK and Australia… it certainly has a few tech challenges but makes life interesting and we’ll be continuing to work across cyberspace on new material for The Cambodian Space Project.

My next stop will be coastal NSW where I’m hoping to finally put in some time and effort towards writing a book, perhaps an audiobook, on The Cambodian Space Project. It’s a memoirish project and it ain’t a simple thing to get down to… there is of course so much pain and sorrow in the story but it is also something I really feel I have to write, not least as a tribute to Thy but to share our story with future fans who may discover our music and the story of the CSP. Hopefully, I’ll make some progress on this and update you here but in the meanwhile, there’s lots more great music coming up and I’m grateful for a bit of downtown to focus on assembling this and sharing it with you.

In the meantime, the upside of this downtime has been having the opportunity to go through some of our archives and dig out some real treats such as this wonderful Kak Channthy interpretation of FEVER!

Stay safe and well everybody and don’t drink too much disinfectant!

Want some iso listening! a great blast of Asian Garage Underground (new series happening) here’s a great mix from this time one year ago – a totally different world back then