SPACE FUNK! FROM THE HUNTER RIVER TO HALIFAX 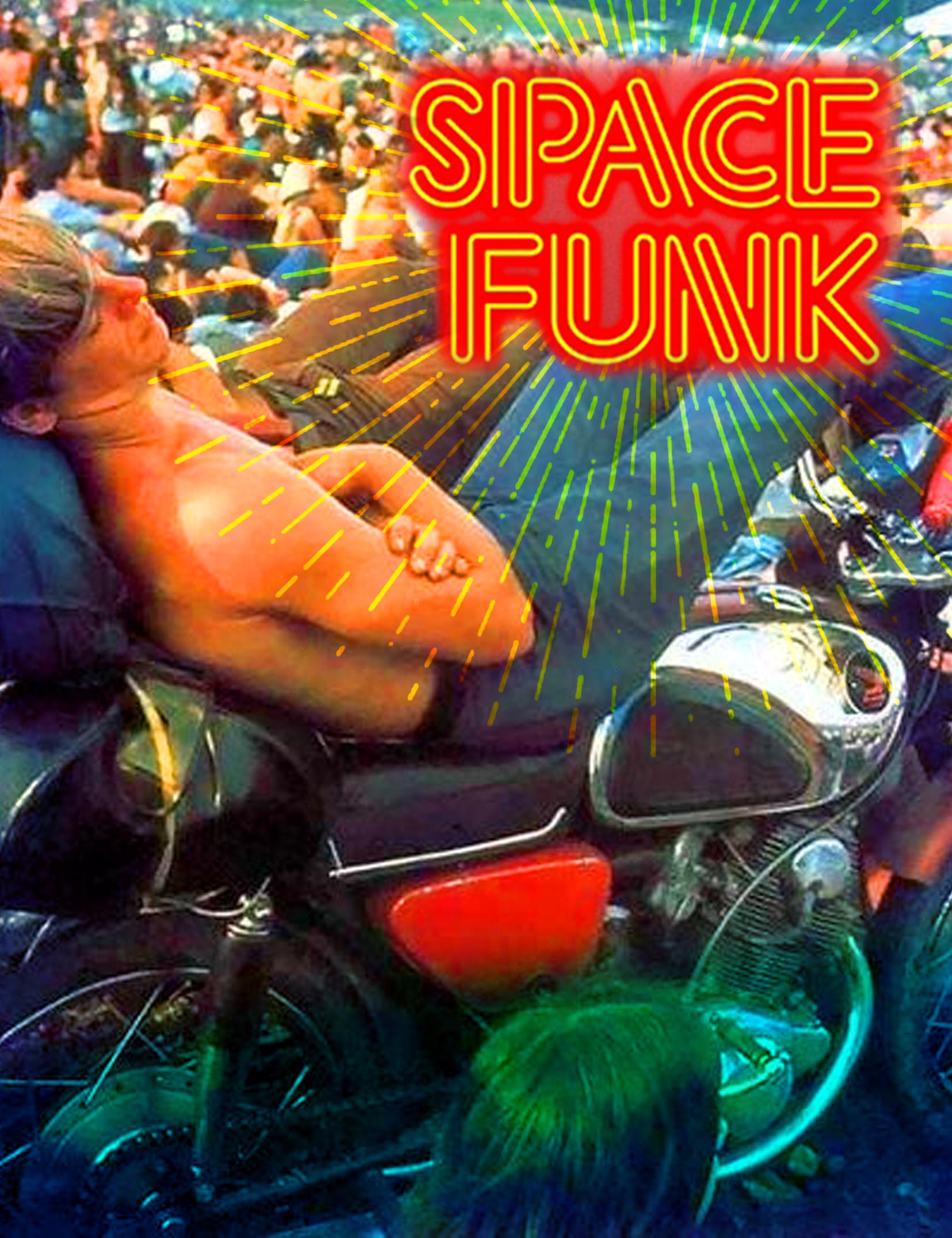 Here it is! our second live-stream at Space Funk! for The Grayston Unity in Halifax. Early on Sunday morning our creative Space Funk! team got rolling at some ungodly hour and were soon live-streaming a bit of Devil’s music all the way from the banks of Hunter River over to the front bar of the Grayston Unity pub where our friends in Halifax were able to catch the show around 10pm UK time.

It’s the second time we’ve done a livestream and it’s great fun! it’s also a great way to draw attention to our work in Cambodia and last Sunday’s session became a launch party for Fish Island Records. I doubt too many record labels are launched 9am Sunday mornings but I’m happy to say we did it! a very colourful start to FIR and our Kickstarter campaign is up and running and offering fantastic perks including the first of The Cambodian Space Project vinyl album series “Black To Gold”.

What the funk is Space Funk!?

Space Funk is the moniker I’m using for all kinds of jam band stuff, a kinda Captain Beefheart, Electric Mud’ inspired psychedelic blues. Grooves drawn from across Thailand, Laos and Cambodia and even Western Sahara as well as the kinds of spirit that has informed much of the CSP’s sounds over the years. Space Funk is a heck of a lot of fun, and a whole new journey for me personally, and it’s great being back here (despite COVID) getting down and jamming with musicians and artists here in Maitland.

There’s nothing quite like a crazy animal mask to get things funky! Love this selection of ‘bank robbers’ from The Mask Man – Ross Brown of Newcastle. You’ll next be seeing our Space Funketeers strutting their stuff at Disco Dystopia in Coffin Lane on Saturday night, 27th February. The event is also a small festival of masks and we’ll be filming the night for future video and film releases.

Yellow Sub – where’s it at?

I was surprised but happy to be on the receiving end of a couple ‘studio inquiries’ of late but the fact is, we’re still busy building the Yellow Sub and it’s going to be sometime before a simple sound recording studio can be properly installed, wired up and ready to roll. Can’t wait though and in terms of recording bands we will hit the ground running with a whole backlog of great projects to get started on. The Yellow Sub is about 6 months away and we hope the studio will be launched around the time of Garage Fest! set for late November 2021. Right now work has started on the building a 2nd story and we’re on the way to launching the coolest little recording studio in Cambodia. Artists will be able to live on site and enjoy the lifestyle at culture of Fish Island, delicious meals from our restaurant at FICAC and the opportunity to make amazing music projects coming to life.

Funk For Cambodia! We’re making some great progress on this truly international collaboration. The tracks already in the can feature First Nationals rappers from Australia mixing it up with the stunning vocals by our vocalists back in Cambodia and this long player being produced by Tim Hagan is well on it’s way to becoming a legendary label release for Fish Island Records. Coming up in February and March are two more live events where we’ll be previewing some of the new recordings as well as performances from Prodikal-1 and DJ Jonah on stage at Coffin Lane, Maitland on Saturday 27 Feb and at Good Space, Sydney March 27 (venue tba).

FUNK FOR CAMBODIA! Brings together an incredibly fresh new mix of sounds of voices from around the planet. Producers Julien Poulson (The Cambodian Space Project) and Tim Hagan aka DJ Jonah team up with Good Space to present an eclectic new album Funk For Cambodia – a fundraiser for The Fish Island Community Arts Centre and the launch of Fish Island Records and the label’s vinyl album release as well as a live preview of Funk For Cambodia.

FFC is a concept album that DJs, beat makers, producers and musicians from around the planet. Reaching out during the lockdown of 2020, Julien and Tim have brought together a compilation of individual artists from incredible diverse backgrounds from out of Indigenous Australia and over to London and through the streets of Phnom Penh and the desert cities of West Africa. Fish Island Community Arts Centre. At FICAC we work with youth from fishing and farming villages and are now building a small media arts production studio. To support the launch of the Yellow Sub at FICAC, our team is producing an album that features new voices, singers, rappers, producers and musicians from around the world. From Outback Australia to Abidjan FUNK FOR CAMBODIA is a mission to bring highlight new voices, great stories and bring together artists from around the world in support of Fish Island Community Arts Centre and the Yellow Sub studios to create something wonderful – a whole new music village in rural Cambodia! that will bring joy, new opportunities and inspire us all.