Spaced-Out in Wonderland: Clinton Walker goes on the road with The Cambodian Space Project 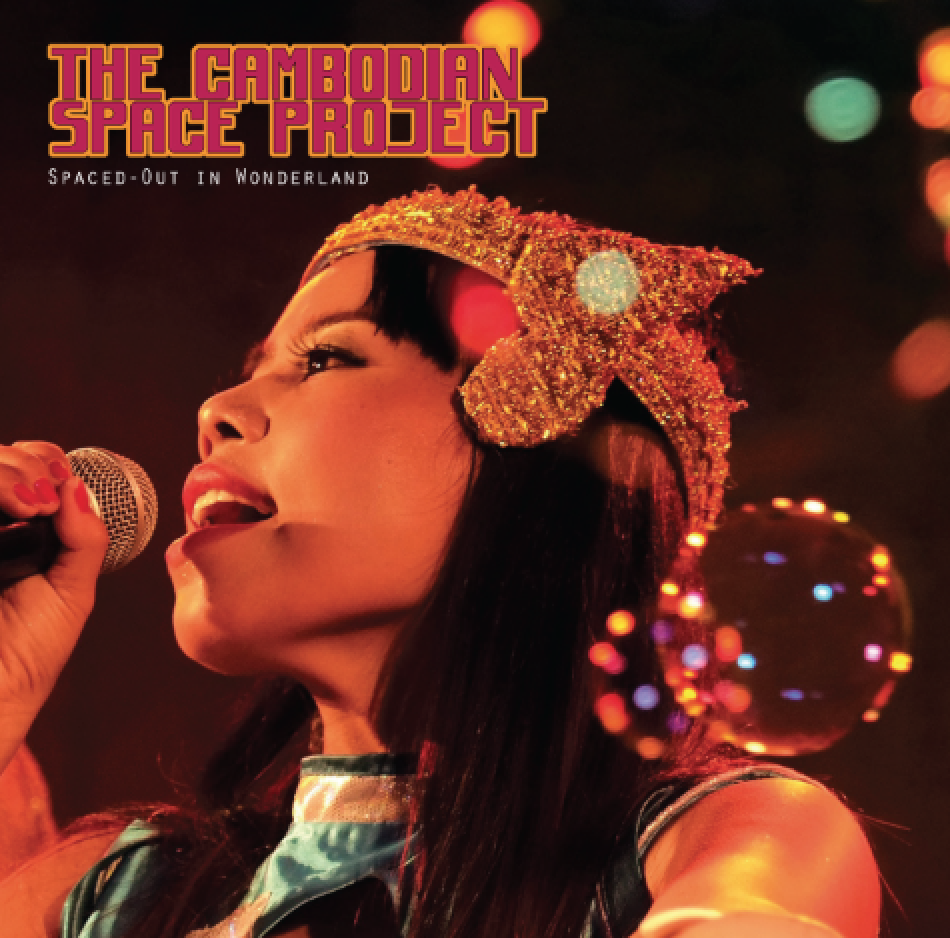 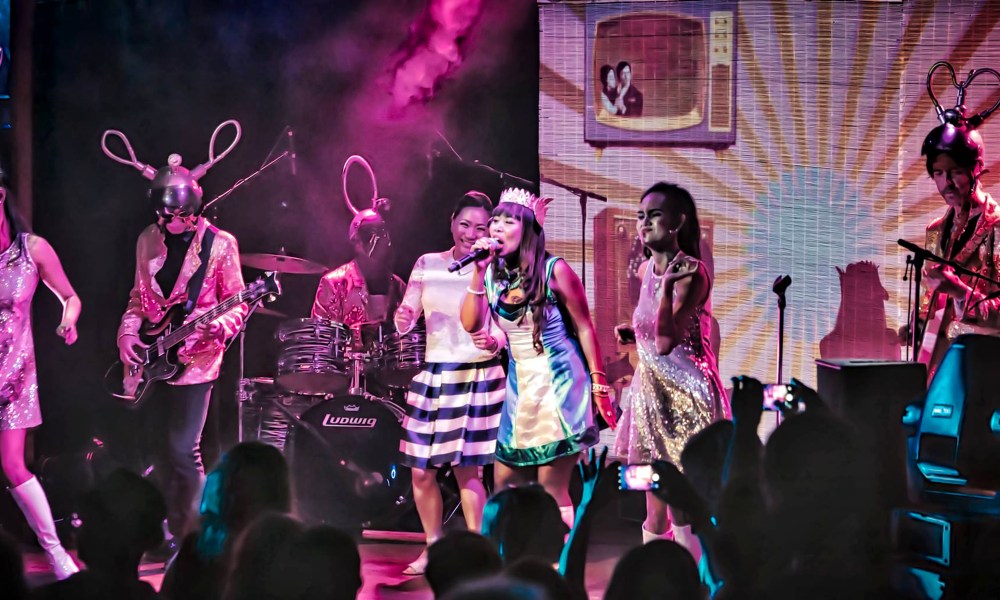 The email came out of the blue, a few years ago, from someone going by the handle of ‘spacemonkey’.

It was an invitation to come to Cambodia, as a guest of said spacemonkey Julien Poulson and his band the Cambodian Space Project, to go on the road with them on a sort of fact-finding mission, observing the the pre-production and recording of this album. I wouldn’t have had to have already been a fan of the CSP – not to mention an amateur cosmologist! – to have almost broken my neck saying, “Wow! Yeah! Try and stop me!” Only the year before I’d fulfilled a lifelong ambition and finally visited Vietnam, and loved it, and I wanted more of South-East Asia.

I’d seen the CSP in Australia, in Melbourne one time, and I loved them too, and having become familiar with the hybrid go-go sounds that came out of Vietnam especially during the war there in 60s/70s – via CD reissues like Saigon Rock & Soul – I was fascinated to learn all the more about the way music evolved in the region not only during that very volatile era but before and after it too…
And so I went to Cambodia, for that first time towards the end of 2015, and in short it was virtually a life-changing experience, and one that’s subsequently drawn me back there on a couple more occasions. It’s like that: intoxicating, and you want more… 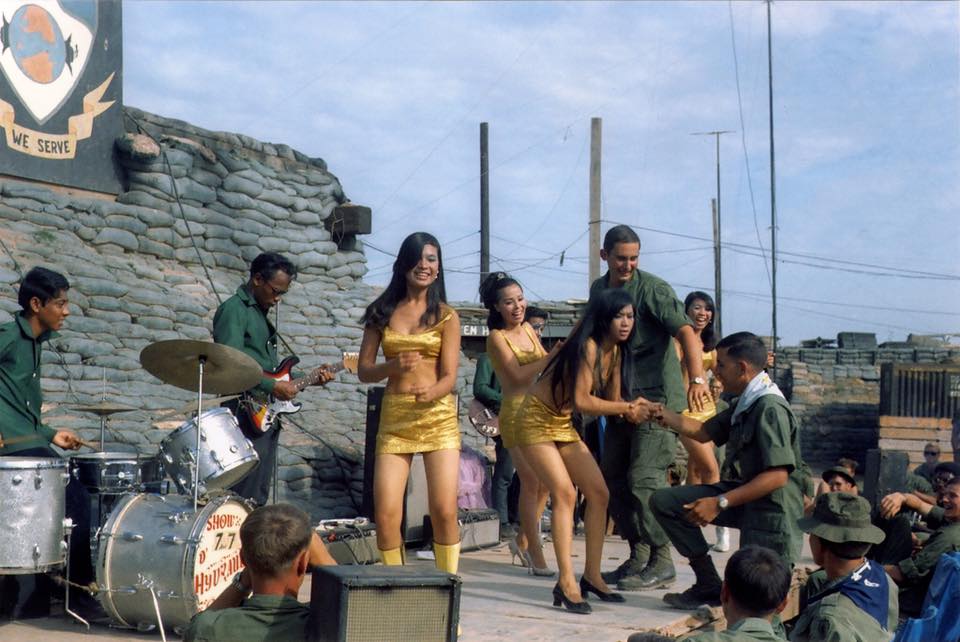 Especially, of course, for me, musically, because what I found there was just, well, mind-blowing: A major Cambodian history/tradition in pop and rock but which, like so much in Cambodia, ground to a halt during the Pol Pot era in the late 70s, when it was very literally killed off: Like most other artists and doctors and engineers and intellectuals and more than a million other mere doubters, musicians were genocidally exterminated during the reign of one of history’s most horrifying dictators.

As someone who has dedicated a lot of my working life to recovering lost music – which is doubtless what Julien recognized in me, a kindred spirit – I was hooked. And hooked all the moreso because if the other side of my musical life has always been about finding ways out of the past and into a future, that’s precisely what the Cambodian Space Project have always done and continue to do as on this, their new, fifth album. 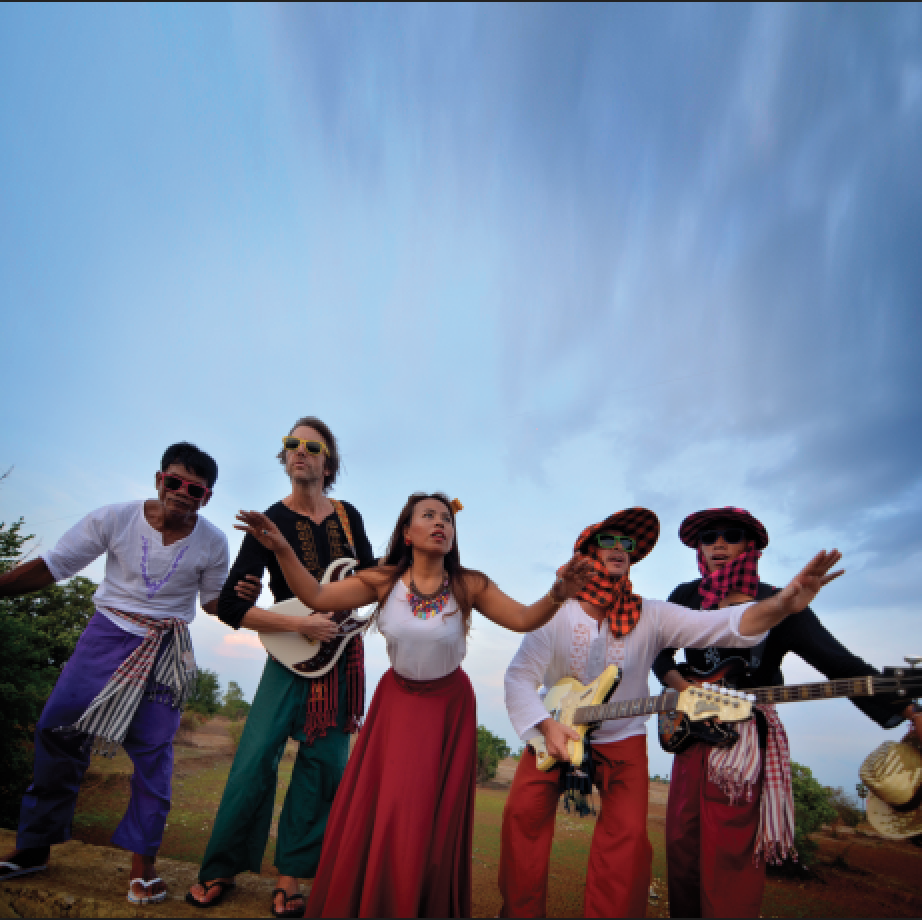 We hear a fair bit of talk these days about how Australia needs to start seeing itself as an Asia-Pacific nation. But if a lot of that is just rhetoric, it’s something else I liked about the CSP – they’re making it real, a genuine meeting of Austro-SEA culture/s. I won’t go too deeply here into the band’s backstory, suffice to say that when expatriate Tasmanian Poulson landed in Cambodia in 2009 he thought he was making just a flying visit. Poulson was a survivor equally of Melbourne’s indy rock scene of the 1990s and of the war in Timor, and when he walked into a Phnom Penh karaoke bar and saw Srey Channthy singing “Johnny Guitar,” he was staring his future in the face. Before long the couple had married and formed the CSP; I won’t go too deeply into the rest of the story because it’s told in the 2015 documentary film Not Easy Rock’n’Roll – check it out if you can. The CSP forged a fusion of the rock’n’soul garage band tradition in which Poulson was inculcated as a graduate of post-punk indy rock – and which also happened to so deeply inform the bar bands of SEA during the war there in the 60s/70s – with the truncated local Khmer pop song- and singing-tradition that Channthy was able to pick up on and revive. Over the course of a clutch of great albums, which you should check out too, the CSP chopped and changed members around the core duo of Channthy and the spacemonkey, but when I got there had settled on a line-up completed by local lads Yun Sophia on bass and Bong Sak on drums plus, on guitar, wandering Scotsman Jason Shaw – and this is the great band you hear on this album. 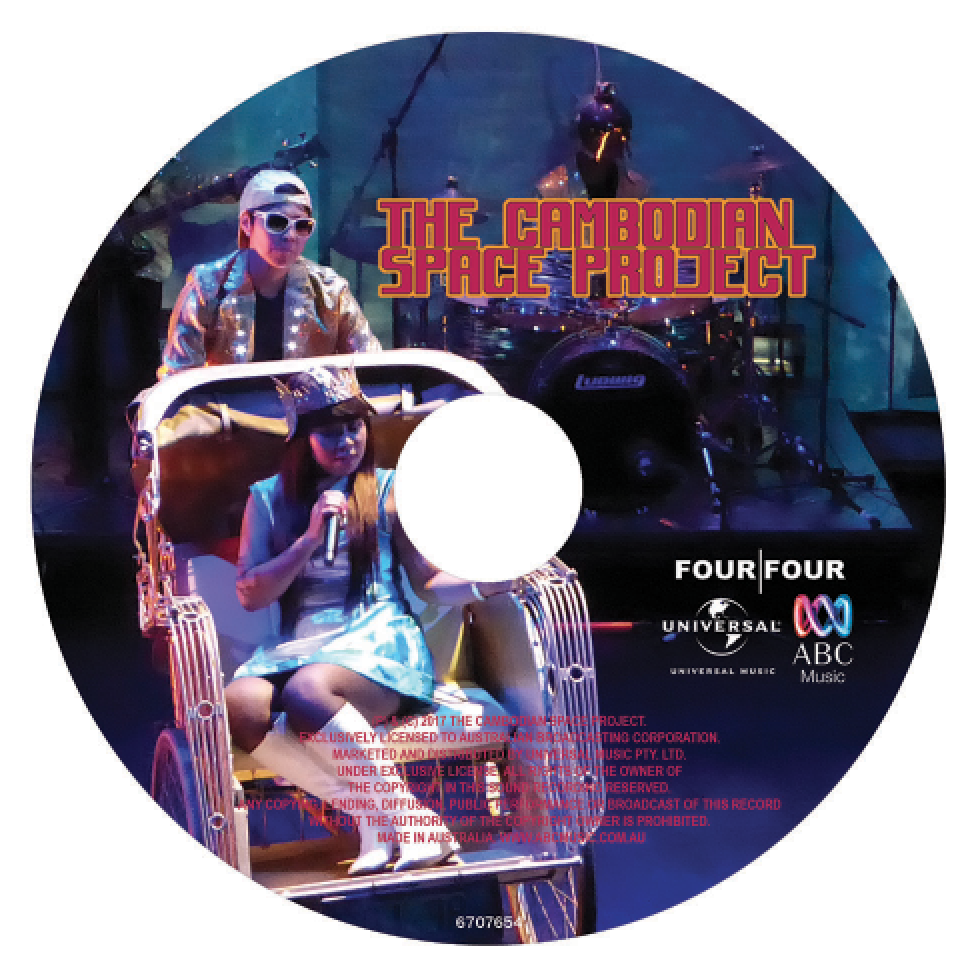 In that original first email I got from Julien, the pitch he threw at me read: “Come to Cambodia to cover a ‘trip’ back into music of the late 60s-1975. Called ‘Motown to the Mekong’, it involves a series of live shows and a roadtrip with the CSP plus a record producer from Detroit and a filmmaker from Vanuatu via London. ‘Motown to Mekong’ is a songlines idea I’ve been looking at for a while. In 2013, Channthy and I lived and worked in Detroit and recorded Whisky Cambodia with Motown guitar legend Dennis Coffey. At the ripe old age of 73, Coffey collaborated on recording the most Motownesque of the Cambodian back catalogue and together we produced a great LP. Around the same time…a bit further downtown in the D… we met Jim Diamond (White Stripes, Sonics, Andre Williams) at his Ghetto Recorders. Jim was already a fan and DJ of rare SEA r’n’r and was so taken with the CSP he briefly joined us on bass, but more importantly produced our next LP Electric Blue Boogaloo. Now, with a little help from the US Embassy, we’re bringing Jim to Cambodia to join our ‘merry pranksters’ on a big cosmic Cambodia music/road trip. The missing link is… you!”

… and so I went (on whose tab I’m never been exactly sure!) and that’s what we did, and this album is one of the good results that came out of it. 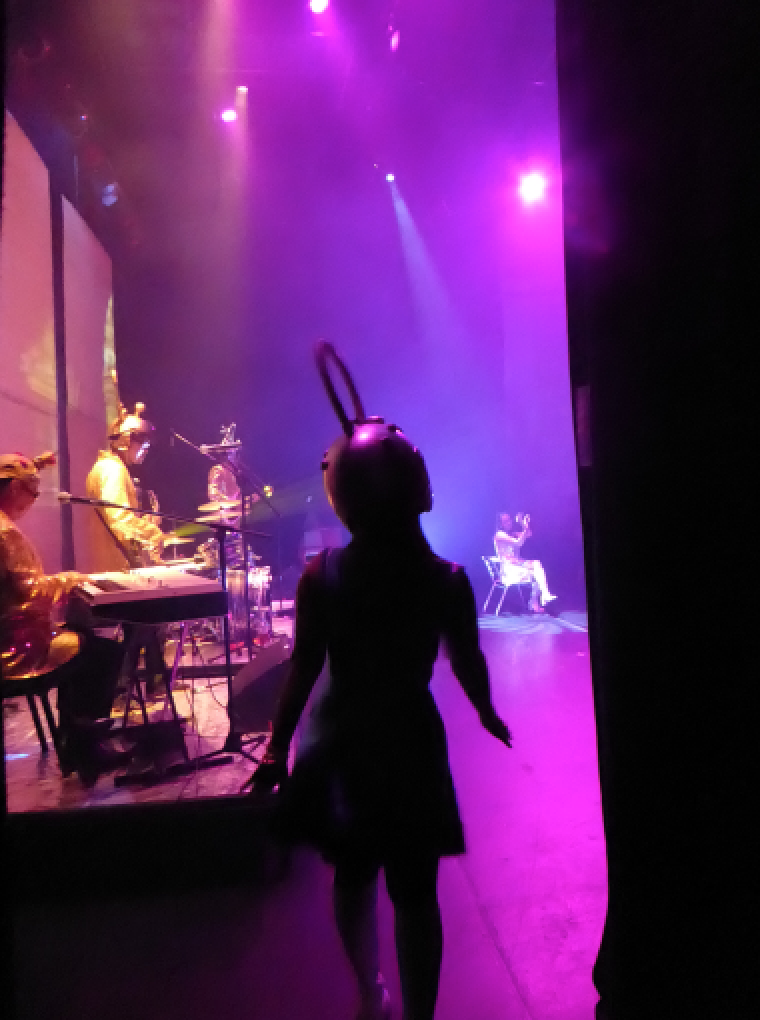 The first Cambodian word I learnt when I landed in Phnom Penh was ‘bong’, which means friend, or mate, and that was fairly telling. Again, I won’t or rather can’t go too deeply into the few weeks I spent there because it was just so jam-packed, so overwhelming, that to remember one story or person is to have to leave another one out. Suffice to say, again (even given I can’t resist a few acknowledgements to bongulators I met and/or saw perform whether DJ Oro, Tony Lefferts, Tim Page [yes, him!], the Kampot Playboys, the Bokor Mountain Magic Band, the Messenger Band and the traditional music troupe from the Bou’Sra hills; and rest in peace, Big Mike Hsu), after the CSP road-tested a lot of the songs that are on the album, we arrived at the 60 Road Studios in Siem Reap (the gateway to Angkor Wat), and the sessions began under the astute ears of Jim Diamond. 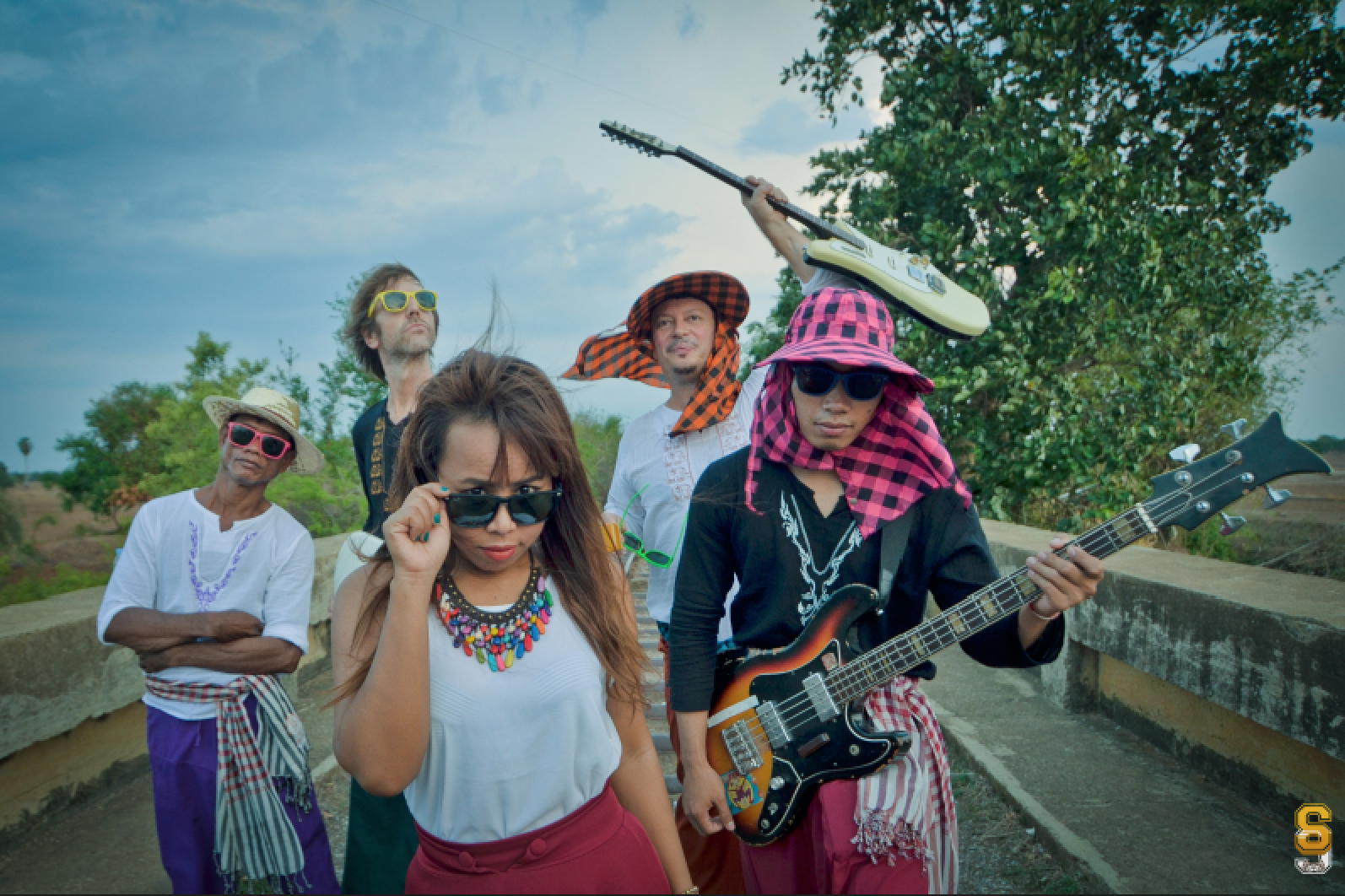 Naturally, as is the way in Cambodia, where anything can happen and usually does albeit never too quickly – ‘Cambodian time’ is a concept I was pretty readily able to adjust to since I’m quite accustomed to ‘blackfella time’ in Australia – the album developed beyond just what I saw go on tape in Siem Reap. Reworkings of standards like “Proud Mary,” “Summer Wine,” “Blackbird” (nee “Paint it Black”, retitled after Channthy’s childhood nickname) and “Superstar” were always part of the agenda, harking back to the early 70s when they were in the repertoire of practically every bar band in the region, now sung by Channthy in her native tongue, like most everything on the album. New CSP originals like “Down from the Mountain,” “5 Lady Cows” and “Sugar Coated Mango” continue to speak or rather sing of contemporary Cambodian life. Then there’s the album’s closing track, a version of Iggy Pop’s “The Passenger,” and its near-relative “Havana Inn, Cambodia” – now you may wonder how the “The Passenger” fits in here, apart from Iggy’s Motor City origins, but again it’s classic CSP, which I can relate in terms of another typical Julien Poulson email: This one landed only recently, and had Julien proclaiming excitedly (he has no other way, he is a whirlwind) that he’d connected with Iggy, who is a CSP fan, and gotten his blessing on producing a Cambodian tribute to him. So, if that’s the next thing, towards which the CSP immediately put down their version of “The Passenger” at 60 Road – and it was Iggy too who encouraged Julien to finish writing a song around the ‘Havana in Cambodia’ tag they stumbled across –

it’s uncanny the way it bleeds back here and there is thus a blurring between endings and beginnings…
Meantime, dig this album – it’s great, I love it! – while you await Angkor Pop. Which will be shortly forthcoming, now that the ‘mastertapes’ have been returned at a price by the thieves who stole Jason Shaw’s laptop. I mean hey, it’s Cambodia! Can’t wait to get back there. 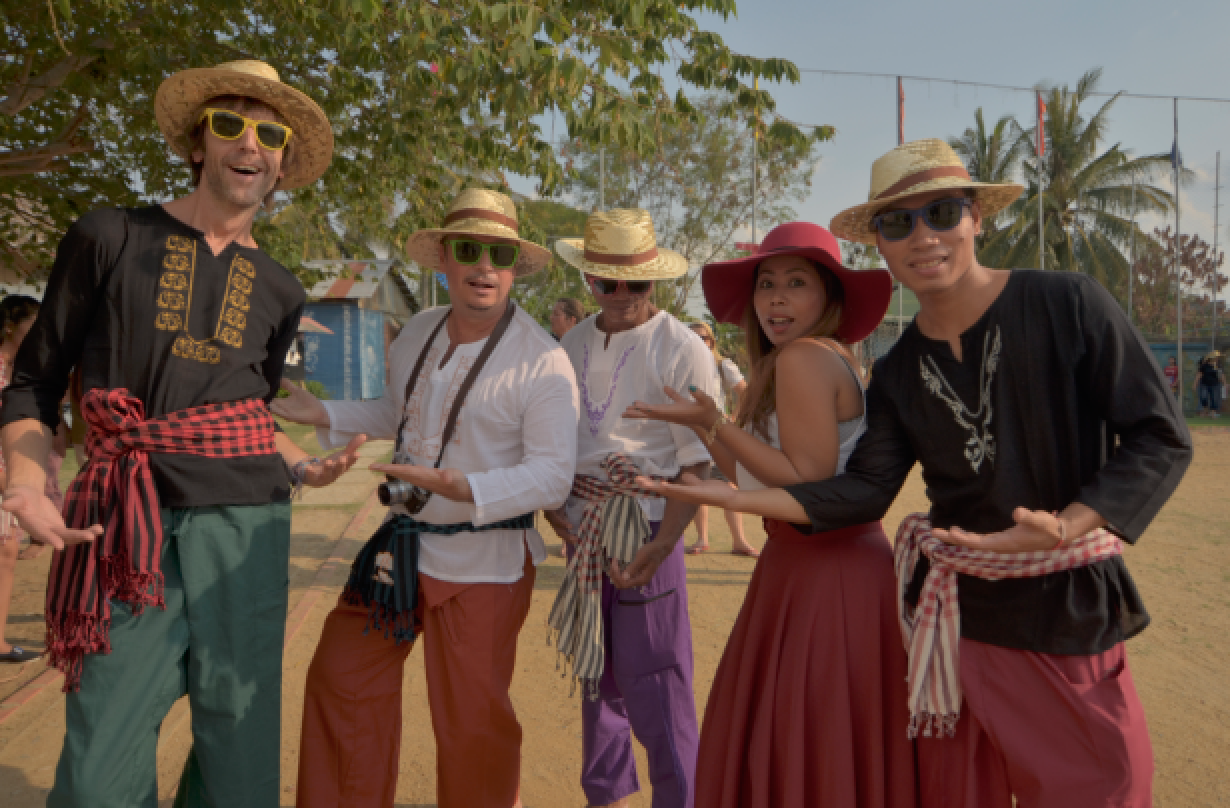 “Hey! Cambodian Space Project ‘Have Visa No Have Rice‘ …Well.. she needs to meet the guy with the briefcase full of cash …and then argh he can give some to buy some rice but he’ll probably ask her to sign something worse…. that’s how it goes, I oughta know… my name is still Iggy Pop“