Day 16 of 100 days: writing on flying through Space and Time with Kak Channthy and The Cambodian Space Project 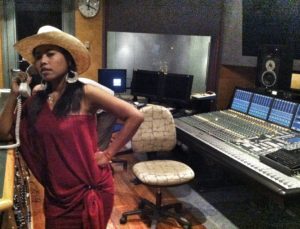 News of Justin’s death came to me just after New Year 2012. That morning I’d woken up early, Channthy and I had been in Sydney a couple of nights already and were staying at a band house of Thee False Swamis in Darlinghurst Sydney, I was planning to head to the airport to pick up bassist Glenn Lewis and then start making plans for a couple of Sydney shows, first at The Vanguard theatre then ease into our first real Australia tour with the Aussie Rhythm section. Justin’s death was a shock… he’d been a very close friend and someone I just expected to be always seeing… it was a devastating loss and one that affected a big community of friends just as the loss of Channthy has done. 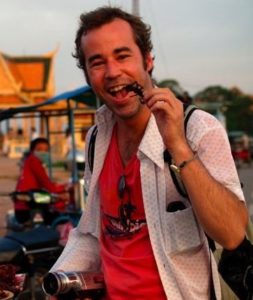 Juzzy Foster had both a kind, disarming, and down-t0-earth person but also someone with great charm and charisma who had a huge group of friends, especially girl friends, back in his hometown Melbourne and for a while, we’d shared a neighborhood and then a house together in St Kilda. Juzzy would often turn up at the recording studio when I was mixing tracks and soak up the sounds and the studio vibes as much as the musicians and sound engineers, he’d also always turn up with some kind of gift, a bottle of wine, a spliff, a cake… biscuits and cheese… anything really, sometimes in the company of someone equally kooky, cool and eccentric. In the last year before I took off for Cambodia, hadn’t really seen Juz, though I’d heard he’d experienced a terrible breakdown and had been committed to the psych ward where he spent a whopping 2 months before eventually recovering and getting back to normal, well almost normal… this had happened once before, and that first time was when I was around enough to see an experience a mad episode… the 2007 Federal Election was happening…somehow Juzzy set-up (but didn’t register) his own party and started campaigning to get elected to the Senate… at first it seemed like a funny, comic stunt…after all Juzzy was an actor and a good one at that… but then it all went horribly wrong – crazy! Kevin Rudd also won the election – an almost unbelievable result that was widely celebrated by all my community of friends but Kevin too was insane and it wasn’t long before this all played out in a public spectacle and demise of the newly minted Prime Minister…

Needless to say Juzzy hadn’t been elected that year but did get committed. Two years later, in May 2009, I was in Ireland… it was early in the morning and I was fast asleep in a little guesthouse out in Dingle… I’d left my laptop on… all of a sudden I was awoken from deep sleep by the bleep of a Skype call coming in … It was Juzzy… wow! last I’d heard was that he was in psychiatric care  but clearly not… “Hey Jules… remember you said to meet you in Cambodia?” “Err yeah… I did?” “Yes, you said sometime last year… best time for me to come and visit you would be June 1st”… Now this did sound like something I might had said in passing but it was a year ago and I hadn’t heard from Juzzy…. “I’m a bit better now… I’ve been to the flight Centre and they got me some great tickets…I was just wondering …I’ve never travelled overseas… If you can be there to pick me up at the airport?”. Anyway, I didn’t have a plan to be back in Cambodia on June 1 but once I knew Justin was coming for a visit and probably really needed to have a friend in Phnom Penh… I booked my own flight to arrive back in Cambodia that same day. In the end, I needn’t have bothered, I missed Justin at the airport and found that he already had a good friend in Phnom Penh, when I located him later that evening he was already bbq’ing ‘beer can chicken’ over at Trent’s place and was as sporting an election souvineer – a Kevin 07 campaign T-Shirt. 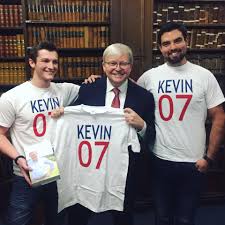 Needless to say, Justin was happy and well when we met in Phnom Penh and we’d got busy on ‘our project’ making a music documentary and within a short time, we’d began making friends and connections with all sorts of people including Channthy. Justin had ended up spending about 6 weeks in Cambodia and it was a great time, a very productive and happy time. Towards the end of six weeks hanging out together, we’ both hooked up with girlfriends, Juz with Laura Jean McKay and myself with Channthy… it was a fun time and if I was really going to start a relationship with Thy and all the massive hurdles – no language between us and vast cultural differences – then at least I had the nicest and kindest friends around to treat as an equal and have fun together. This was important.

That morning when I got the call and was told Justin had died, I was already out getting coffee, Channthy was still resting as we’d already done a long drive up from Hobart… I walked back the big old terrace in Darlinghurst and woke Thy to tell her the sad news. Thy was upset and threw her arms around me and cried with me… it was so sad… “what happened? what happened?” she asked but I didn’t know… Life happened.

Life had been good to us these last few weeks too… after the scare with Channthy’s fever and rush to hospital… we’d taken time out and gone to hang out with family and friends in Tasmania… actually over Xmas, we’d spent time with another old friend on mine. Stuart Robertson and I had both been buddies hanging out together as a ‘loose’ music collective called The Green Mist… for a while, this was something to jam with…music to create while both finding ourselves bored, alone and stuck in Tasmania… The Green Mist got us through some hard times and we’d become great friends, Stuart had even come along for the ride on my first trip to Cambodia and we’d recorded with local musicians becoming for a moment The Green Mist Khmer Ensemble. But in the end the long – destination unkown – rock’n’roll road trip was not for Stu, he’d shacked up with a fan and in almost a shotgun arrangement, gotten married, settled down, had a baby and bought a house with a young doctor from South Africa… Stu invited Channthy and I to his new digs… not far from my Father’s old place in Southport way down the Southern end of the island… an isolated place but one that Channthy liked…she loved the natural environment, the abundance of fresh farm fruit and veggies and of course, fresh fish! not to mention shorelines full of oysters one could just collect and eat for free! 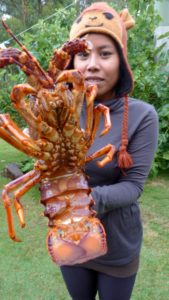 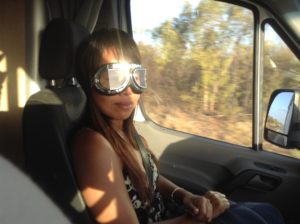 From Southport to The Vanguard

Channthy and I had a great few days and Stu’s place and he even gave us his old car “Why don’t you just take it… fucking drive to Sydney! that’s the way to go… ” “Really? you’re giving us your car? you don’t need it?” “Nah… don’t need it…you guys take it and bring it back when you come back to Tasmania”. So with this generous offer… I thought it was an offer that could change any minute too… we borrowed Stu’s old white coloured Volvo Station wagon… bid adieu and took off. On the way up to Hobart I told Thy of plans… it was a beautiful hot summer’s night, we wound down the windows and cruised into Hobart just as the sun set over the city… “See those boats? Big boats?” “We going to put the car on one of those but not here, we’ll have to drive some way first…would you like to do this? take our time, holiday and camping along the way? tents like in Confolon” “Really Bong? yes, let’s do it… I love to go this way…we can stop in Hobart and I’ll cook food and some food we can bring on the trip… how long will it take us?” “About 3-4 days going slowly… we can take out time…” 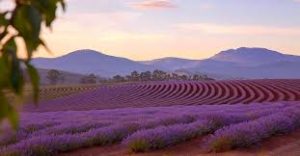 Channthy loved this trip and sure enough, as we set out from Hobart, Thy had made sure she’d prepared packs of her food – an excellent cook she was – for our big trip ahead…  We’d left Hobart super early… perhaps 3am… the aim of cross the state and driving onto the car ferry The Spirit Of Tasmania around 8am boarding time… Sunrise coming up over stunning fields of colour, lavender fields in full bloom, the Tasmania countryside was just beautiful and Thy and I were happy, in love and on the road!

We had a great list of shows coming up… a good rhythm section to back us up and lots of great friends helping us make things happen… it was starting to look like a very exciting year ahead. The old white Volvo purred along but stalled repeatedly every time we stopped for a break… It did cross my mind that the old car might not make it to Sydney but it didn’t matter just then…we were cruising along at a leisurely pace and loving listening to songs off the country radio stations… stopping here and there but on a mission to get to Sydney safe and sound and begin a real music adventure with our new line-up – the Australian Space Project with Hugo Cran and Glenn Lewis about to really put in some flyin’ time as official, card carrying, members of our Cambodian Space Project. 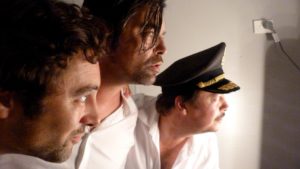 If you’re reading my 100 days of writing in homage to Channthy then please don’t forget to help us support Channthy’s son Makara through Kak Channthy Memorial Fund.