The Good, The Dub, and The Awesome! Getting set to fly to Cambodia! 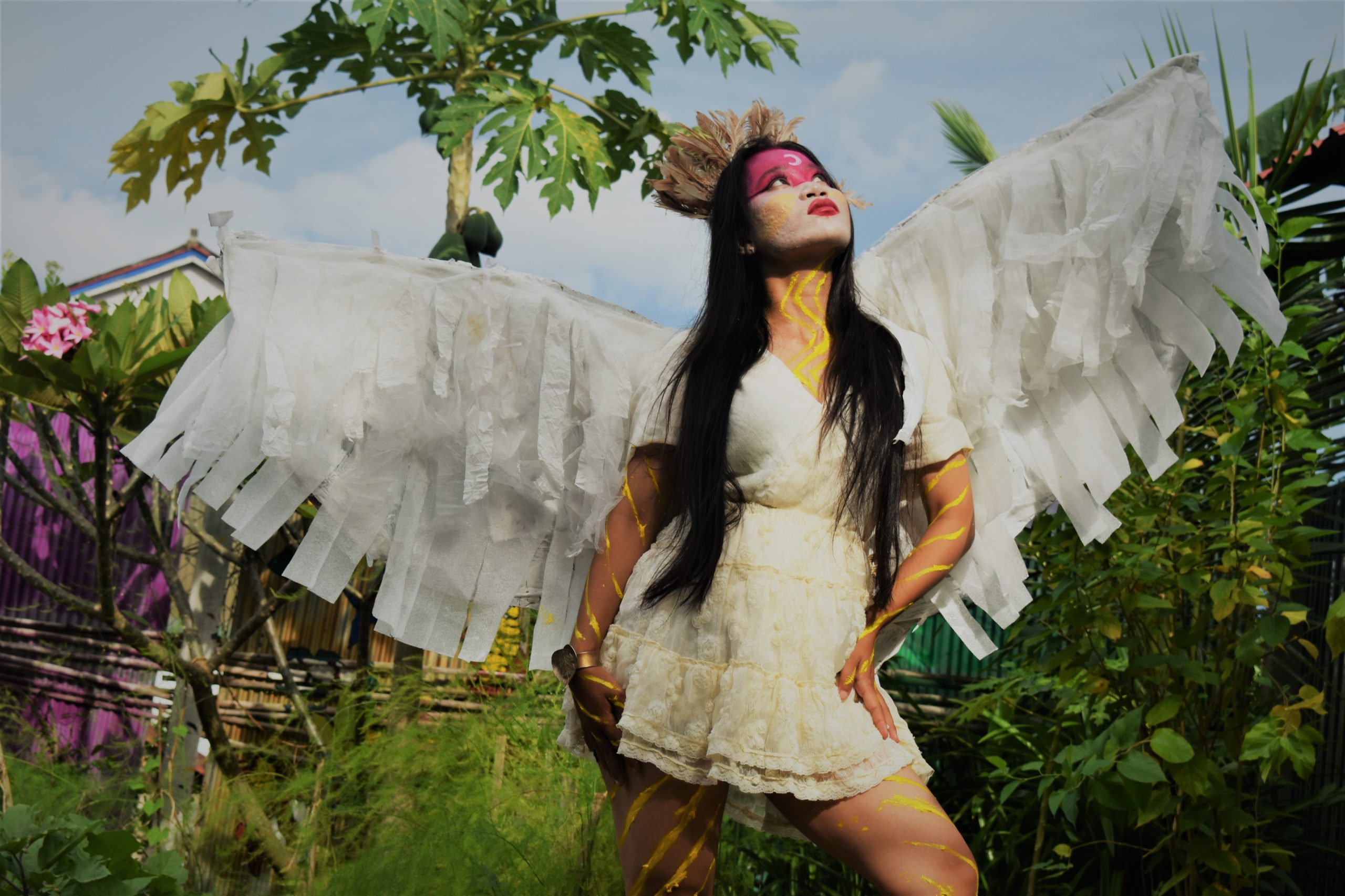 What can I say!? the news that international travel has returned and that Cambodia is Open! is overwhelming. It’s been one hell of a time getting through this disastrous global pandemic and I’ve personally been ‘stranded’ back in Australia… way away from my family in Cambodia and away from my tools of the trade but never too far away from the idea that we’d get through this and make something awesome for the future. I’m hoping to be back in Cambodia in early December and can’t wait to hit the ground running. I’m totally blown away by the creativity coming out of Fish Island Community Arts Centre and I’m excited about the opportunity to launch FICAC’s media arts studio “The Yellow Sub”, roll up the sleeves and get down to producing a whole lot of absolutely fantastic new music, video, art and rock’n’roll right back where we started by launching FICAC with our “Cambodian Women of Song” concert around November 2019.

Over the last two years, we’ve worked hard to keep our doors open and long term vision alive. This has meant working with partners to raise funds and support our community through food donations, distribution tonnes of rice and essentials to dozens of families in and around Trey Koh (Fish Island). We’ve also kept our doors open to young and aspiring creatives who have not only stayed course with their own attendance at FICAC but have produced some of the most exciting new art and imagery I’ve seen coming out of Cambodia’s emerging arts scene. The quality of this work and the dedication of Kek Soon and team means that we’re in a very good position to not only re-open to tourism but to show the resilience and brilliance of music, art and culture in Cambodia.

In the hope that achievements Cambodia has made in leading the world in terms of a remarkably high percentage of the population now double or triple vaccinated, it now means many who have suffered hardship through total loss of income and employment due to the total shut down of tourism, can now get back to work and we can also be a vital part of the arts-led recovering in Cambodia. We have decided to get going early 2022 with the staging of our 3rd Folk Art Blues Festival and will do this in a small but wonderful way by inviting our performers to FICAC over a 3 day/night event kicking off on January 26th. This also co-incides with the launch of FICAC’s new media arts school and gives us the opportunity to film and livestream performances to share with our community out there and around the world – the first televised concert from Fish Island to the World! kicks off with Folk Art & Blues Fest 2022.

As many of you already know, The Cambodian Space Project has continued to work on new projects and perform shows as the CSP Mothership. This is what Channthy would have wanted and it’s something that keeps a real family of musicians together and creating future thinking stuff. CSP Mothership launched with a show at the French Embassy at an Araviata event to ‘Save The Elephants’ and since this time has been fronted by the amazing sounding singer Nang Ye-Ye – daughter of CSP drummer Bong Sak. Both Nang and Bong Sak bring something very cool and authentic to the rootsy attitude we’ve always maintained but like musicians around the world, have been doing it tough through COVID. I put a call out for support for Bong Sak just a month ago and I’m very happy with your kind and generous response. Anyone who’s ever seen Bong Sak on the kit would know just how important it is for us to stay working together and keep Bong onboard through hard times. Huge thanks!

It hasn’t been altogether bad news during this time of global shutdown and for me, working from Australia, it’s proved to be a hugely productive time. I’ve been able to focus on building resources at FICAC, support for our crew in Cambodia and also getting down to working with a whole host of amazing people here. As far as my music activity goes, this has included putting together Australian group The Broken Hillbillies – house band in a rock’n’roll musical The Road To Tibooburra and a collaboration with Steve Kilbey (The Church).

Further to this, there’s been an awesome time had with First Nations rapper Prodikal-1 aka Warren Foster and DJ Jonah aka producer Tim Hagan who have kindly invited me aboard and together we’ve brought in Cambodian vocalists Sam Dara and Sochi on a couple of brilliant hip-hop tracks, as well as samples of my most fuzzed-out guitar riffs taken from CSP sessions at Jim Diamond’s Ghetto Studios in Detroit and now making a debut on the forthcoming single Space Funk! by Prodikal-1 – stay tuned for this…it’s truly amazing! and I’ve been thrilled to be a part of this as well as riffing a bit of guitar at live shows around NSW.

Some of the very same material is finding its way home to Cambodia and into new collaborations such as this cracking track with DJ Jonah, The CSP Mothership, mashing it all up with DJ Klam. I love this example here…just sung down the phone line from Cambodia to Funkee Junktion here in Preston, Australia and already sounds like the future! Here’s a very special premiere!

Pluggin’ it all back in!

Next steps at Fish Island Community Arts Centre is finishing work on the building and launching of our media arts studio The Yellow Sub and getting down to work on wiring it all up, plugging back into much new work while also teaching and training a young team of aspiring music producers and recording artists at FICAC. Strangely this all started first with our launch of FICAC and Cambodian Women of Song when a local PA company trucked in a rig but had not brought any microphones and seemingly had no thoughts on how to set up for our important launch concert. Captain Future was on hand, aka Alex McGown of the amazing London-based Future Shape of Sound and owner/producer at Space Eko East recording studio. Alex mucked in and got the show happening that night out in what was then just a swampy reclaimed rice paddy but more so, like any good captain should, stayed the course and is presently recording parts for a truly international album project Funkee Junktion – in support of FICAC. Funkee Junktion brings together talent from everywhere and is an “Island Vibe” record that will set the tone and style of things to come as the first new release for Fish Island Records.

Black to Gold is a stunning vinyl tribute to the life, legacy and music of beautiful Kak Channthy.

To score your very own copy then please drop us an email at <thecambodianspaceproject(at)gmail.com>

The return of the mysterious Green Mist

The Green Mist represents a return for me to my homeland in Tasmania and to the band I formed just ahead of The Cambodian Space Project with Stuart Robertson on drums. In a surprise twist of events, Stu aka Tartie and I ended up meeting late one winter’s night on the St Kilda Pier and as we listened to a chorus of very lively penguins, looked out across the water and talked about getting back down to Tasmania, perhaps even to get the band together and record something new. Then just weeks later we found ourselves drinking Polish potato vodka (just to keep warm) upstairs in the old Empire Hotel in Queenstown – a mining town on Tasmania’s wild west coast – on a call to Tappy aka Julitha Ryan and in a conversation about Tappy ‘perhaps coming for a visit?… joining up with us and forming The Green Mist 2021 as a three-piece…. well, needless to say, with the vodka polished off… weird and wonderful things began to happen. Before we knew it Tappy was in town (escaped a day ahead of lockdown in Melbourne), had bought a vintage Caravan organ off Gumtree, and was all set to record the first TGM session in many years. This has been a very special time and opens a whole new chapter for the Mist – it was with the Mist that I first landed in Cambodia and ventured into recording with traditional Khmer musicians in The Green Mist Khmer Ensemble and now with TGM re-activated, I’m hoping we’ll also revisit the Khmer music sounds in a blend of folk rock psychedelica.

The Sun’s Going Down

The Sun’s Going Down – This is the first single from The Green Mist’s “Paragon Sessions” and features the great soul sounds of Tappy on lead vocal and piano. It’s an exciting 2021 release and is the precursor to a whole swag more great material and sonic stories coming out from the Mist. Check it out here:

Meanwhile, back to Cambodia…everyone loves the drummer…

Check out this special-sounding hybrid… it’s another cool track with Sochi and sounds (with me on 12-string and Tappy on cello and handclaps) something like Khmer folk meets Neil Young…certainly it’s an example of a direction I’d like to pursue more and perhaps this will happen on the next The Green Mist album with a new collaboration in Cambodia. In this song, Song for The Drummer, Sochi’s singing about the idea of how everyone loves the live music and especially the good times in high season but what does a poor musician, the drummer, do in low season when there’s no party and no work… an interesting and all too true premise. Tappy and I roughly recorded the music here and sent this via Telegram to Sochi who responded with this sublime vocal and story and her interpretation of my 12-string guitar instrumental. Wow! It’s beautiful stuff! and more to come…

Fish Island Records is swimming in great sounds, songs, and cosmic vibes with production for FIR’s debut album (in support of Fish Island Community Arts Centre) happening globally! Here’s Alex McGowan/Captain Future and drum master David Eugene Webb (The Cambodian Space Project UK) laying down the drums in London at Space Eko East – brilliant musicians contributing an amazing album being assembled and co-produced by Julitha Ryan who has put this LP together with love and devotion while also bringing her own amazing musicianship, playing keys, arranging vocals, making the vibe very happy Tappy! The LP features the very exceptional horns of Jack Howard (Epic Brass, Hunters & Collectors), really original ideas thanks Jack Howard ! 3 excellent drums tracks by funk meister Andrew Congues (Suprise Chef), here in Melbourne. Voices from out of Cambodia with some really exciting surprises to come. The best thing about all this is that the album Funkee Junktion will be completed at Fish Island Community Arts Centre in Cambodia where our young media arts students will get to work on this high-quality project and be an equally important part of making amazing things happen.