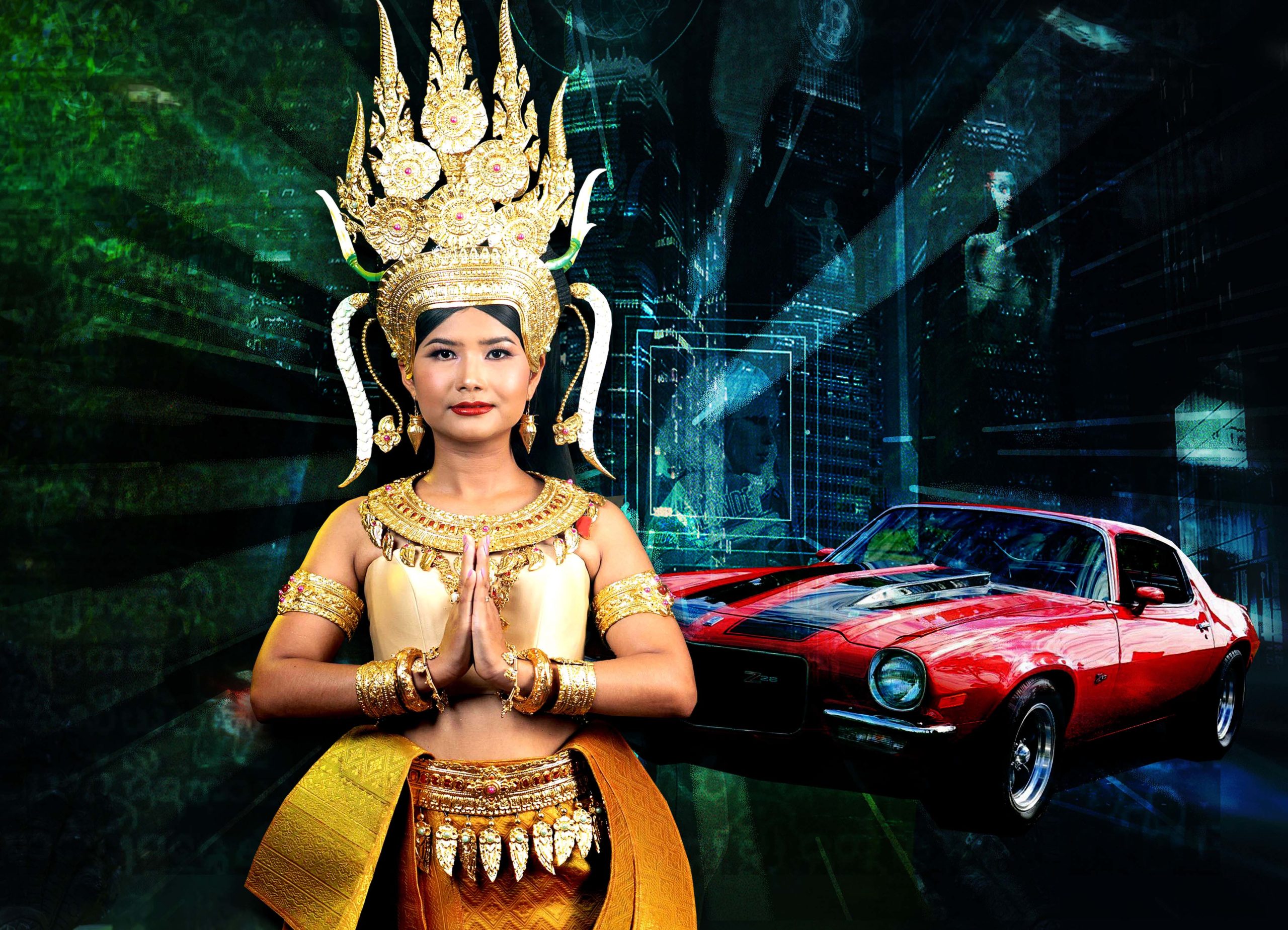 So here it is! The Cambodian Space Project is stepping back into the future with its first return to the stage in almost 5 years. The Rat Catcher of Angkor Wat is a spectacular new work designed by A Blanck Canvas and based on a story by Kak Channthy & CSP and is making its world premiere at OzAsia Festival, October 28,29,30th in Adelaide, Australia.

This is such an exciting way for the CSP to step back into the future and wow! what a way for Rachana Tanner to step into the big shoes of Kak Channthy, needless to say, we are all very excited! There’s been much behind the scenes work on this new show, it’s a show that has been several years on the drawing board and has its origins in the cosmic and comic storytelling of Kak Channthy, and extends The Cambodian Space Project’s work in creating wild and exotic music theatre shows – ideas that first took shape early on in Phnom Penh with the band creating live soundtracks to the Georges Méliès film classic Le Voyage Dans la Lune (A Trip to the Moon), followed by our own “Galaxy Khmer” made in collaboration with Belgian director Michael Laub, then shows including the made-in-Kampot “Hanuman Spaceman” which debuted at The Sydney Festival as “Cosmic Cambodia”.

Now we bring you The Rat Catcher – a futuristic Cambodian re-working of the Pied Piper of Hamlin and complete with its own hot’n’spicy South East Asian styled funk soundtrack. We’ll be taking bid spoonfuls of Khmer Surin, Thai Luk Thung, Molam, Cambodian Psych Rock and Golden Era Cambodian pop and mixing this all together into a wonderful, magical, musical soup! Come and get a spoonful quick!

This is a culmination of efforts and not least by the young team at Fish Island Community Arts Centre who has worked hard through COVID lockdown and the decimation of the Cambodian tourism industry, to keep creative ideas alive and try cool new things, including our own style of pop-punk trash fashion along with a continuing stream of brilliant visual art, from painting to photography and music video. It’s certainly something that has kept me inspired and focussed on the bigger vision for bringing a new rock opera out of Cambodia and on to the international stage. To make this all happen, we’ve been in the design room with the best of the best, and that’s Melbourne’s Joe Blanck and Joe’s brilliant A Blanck Canvas Team – designers of “The Guardian” and “The Messenger” at White Light Festival.

Together we’re working on something really cool. It’s a really wonderful extension of ideas and imagery already in the Cambodian Space Project and so beautifully created by Kak Channthy. This new work brings all this forward and is an amazing opportunity to introduce the stunning vocals of Australian based Khmer singer Rachana Tanner but also it’s a chance to ‘get the band back together’ and it will be the first time bassist Phea (the funk doctor) and Bong Sak (the Charlie Watts of Cambodia) will be picking up their instruments and recording and performing brand new music for the CSP.

For Cambodian rock’n’roll fans in Melbourne the CSP will be performing a one-off Golden Era show at The Brunswick Ballroom on Sunday 23rd and will be performing a set of vintage Cambodian rock. We’ll also be taking time in Melbourne to get the band into the studio and lay down tracks for the CSP’s 6th long player. But until these dates we’ll be rolling out new work and some very funky new merch, images and sounds CSP style. Get ready for the funkiest dose of CSP yet!