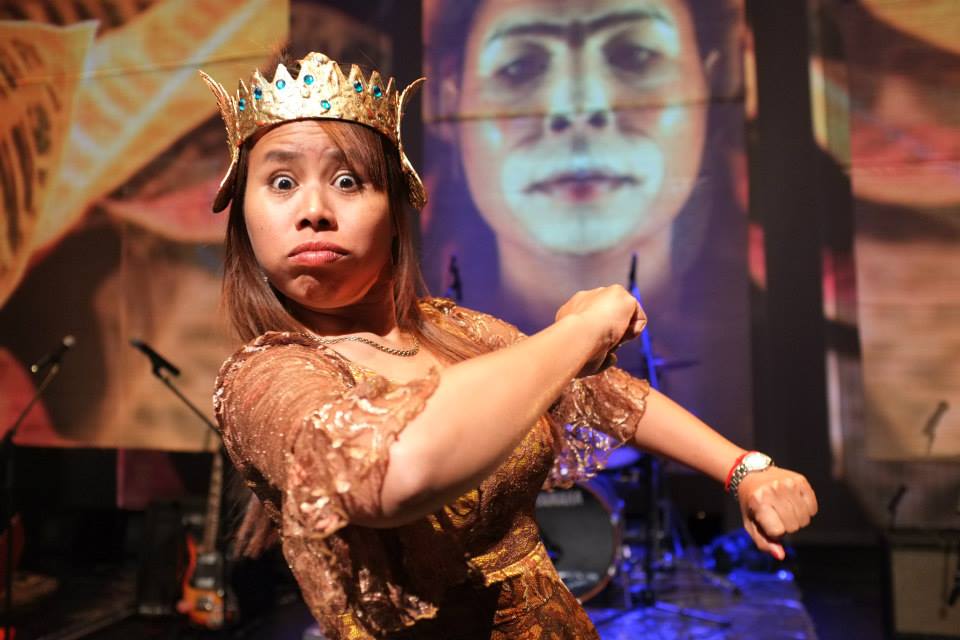 Day 6 of 100 days: writing on flying through Space and Time with Kak Channthy and The Cambodian Space Project

At one point in CSP’s stratospheric rise up above the little bars and guesthouses of Phnom Penh, the production of Space Project t-shirts started to become as prolific as the new and original songs we were introducing into our set of 60’s Cambodian rock’n’roll covers…. 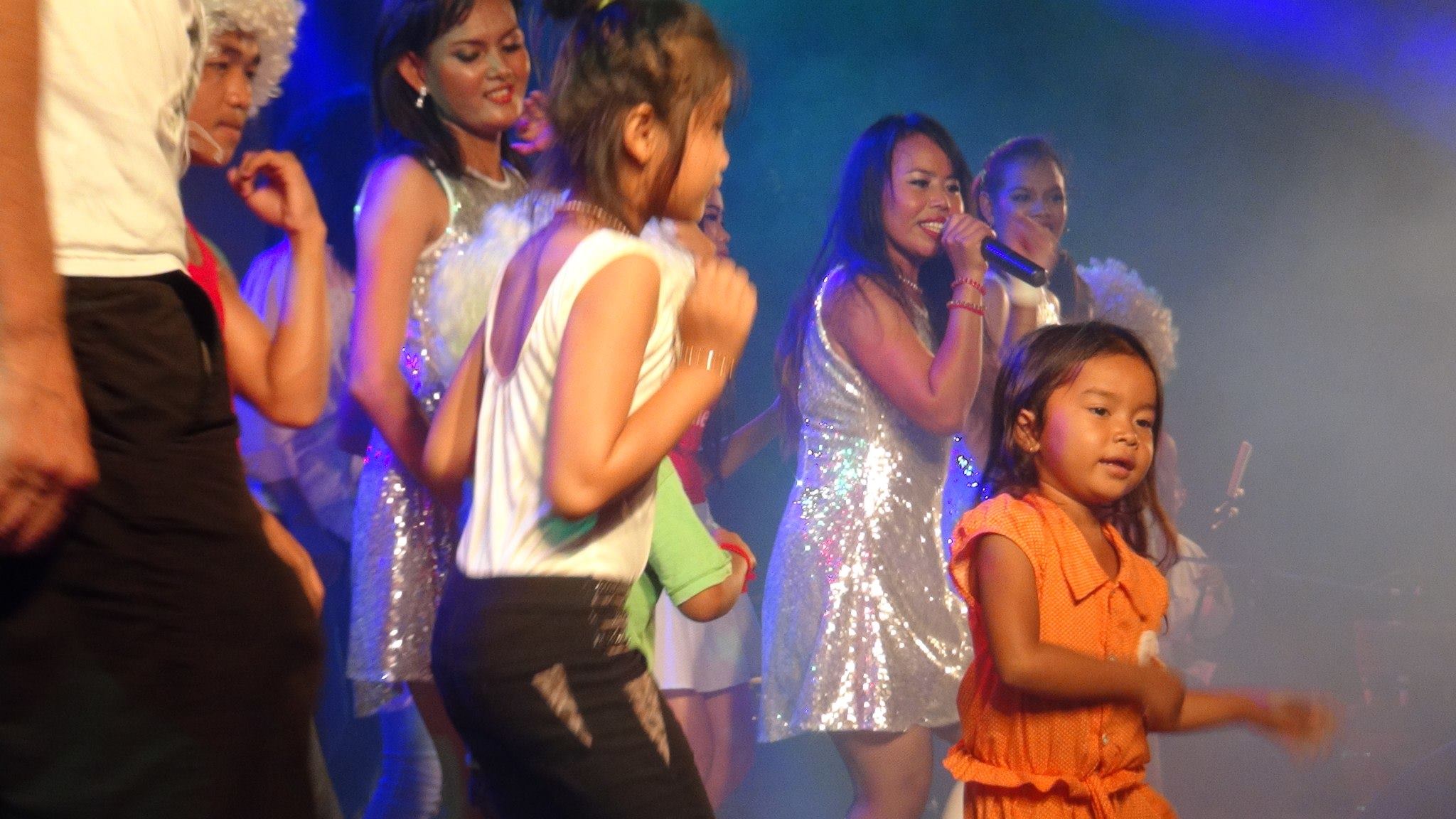 I remember a funny conversation about t-shirts with accordionist and CSP originator Gaetan Crespel, Gaetan, with his thick French Breton accent was trying to get an idea across to me while sitting back in Channthy’s village, semi-stupified by the midday heat and the kerfuffle of yet another CSP entourage ‘landing’ in Prey Veng province…. “Bong…. I think we could make a T-shirt for Space Project that says a statement…. it has CSP logo…then…perhaps on the back… it has the words… WE NEVER STOP FLYING!… design it like an old airline style…” 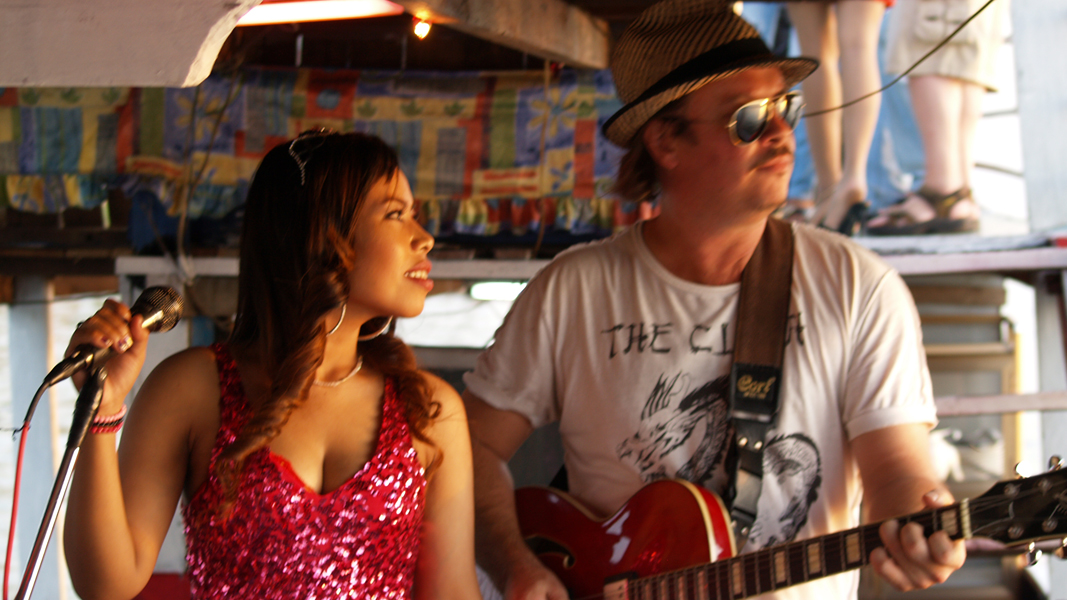 Good idea! and great statement… at the time too, Gaetan and I already new that CSP was a collective, a platform for our ‘space trippers’, who ever they might be at the time of embarkation… to jump on and off. Well, I don’t think we ever got around to printing that T-shirt but perhaps it’s something to consider now… Channthy also loved these kinds of funny, ironic bits of word play… she’d learn English and her own unique style of songwriting through mixing and matching words and ideas with a simplicity and humor that was often bang on! In our ‘rock opera’ Cosmic Cambodia… Thy had a few one-liners… “Doors Closing Stand Clear” picked up from the London Underground and “I’m going!” just before she jumps back on her space craft for a rocket ride to the moon. Another line she’d often use was the statement “Never Fall Down” and this is something she seriously meant… despite what ever adversity you face in life, don’t fall down, get back up again and keep going!

I’m sure Channthy would have wanted to CSP to “keep going” too but this is hard to imagine happening without her. She was incomparable and to me, she is irreplaceable. However, Channthy leaves behind her good ship CSP and all that this represents in terms of personnel and talent… and me too…the project’s producer… sitting here thinking ‘what now?’. Today, I’m thinking about all the music, art and adventures we had slated to happen over this next year ahead… it’d been a good time in terms of our creativity and Thy and I talked often- we were best friends – about things we could do and try and in effect… what it all would mean…. what kind of statement would this art make? 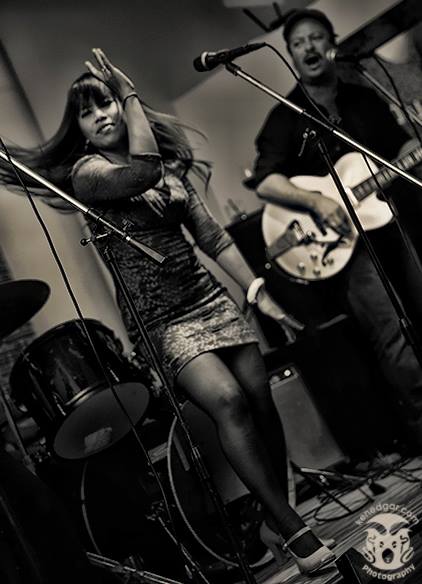 Was is worthwhile doing? yes! was it hard to make happen? yes! would we keep going, yes!

The morning Channthy died I was woken by a very dear friend of ours who called me around 6 or 7am and just said the most direct and heartbreaking words I have ever had the misfortune to hear “Julien… Channthy is dead”. I was in total shock… 15 minutes later it sunk in… I needed to get to Phnom Penh – 3hrs from Kampot – I brewed coffee, booked a taxi then sat down to open my computer, my window to the world then see and read the terrible news…. grief came in waves of heartbreak and sorrow… I wrote a statement on CSP’s facebook and got in the taxi and wept. Strangely, the radio played music that was very vintage Khmer folk and retro rock’n’roll… beautiful sounds and voices caught my attention and it was a playlist of tracks, that for the most part, I hadn’t heard before… today’s radio is usually torturous Khmer takes on K Pop… but on this early morning ride to Phnom Penh… struck down in my grief… the radio comforted me… I was almost like Thy was programming the songs…her favorite playlist for me “listen Bong… this one very special… old song… so beautiful this one… my mum love this one too”.  Over that day and the many that followed, my mind was filled with many thoughts and emotions and already I was asking myself… what now? keep going?

All the messages and words from friends have been really important… it’s gives one strength to carry on and there’s much to be done. Life should not be wasted now… Channthy was robbed of her ‘good years’ ahead where I can only imagine the happiness and success she could achieve. These last few weeks I’ve had many friends also ask me about what will happen now with CSP? will we find a new singer? will the band continue to exist? Of course, I’m asking myself the same questions and I think the answer is simply, yes, there’s much work to do and many of the ideas and directions are things that began with Channthy and should be done in tribute to her too. I’m also wanting to keep our family of musicians busy and engaged so I reckon this is the CSP Mothership, Channthy’s Mothership. 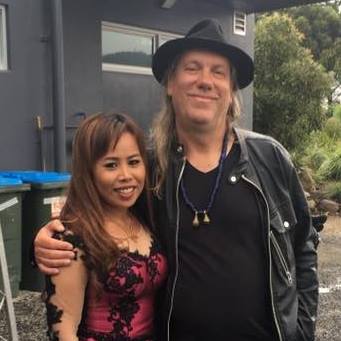 Are there any charismatic female successors?

Sun Ra Arkestra is still going strong 23 years after his passing – sounds like that’s your concept.

You might want to keep the Cambodian Space Project name and brand going.

Like CSP Mothership instead of a completely new brand. Think about it.

Master Musicians of Jajouka going for about 2000 years. 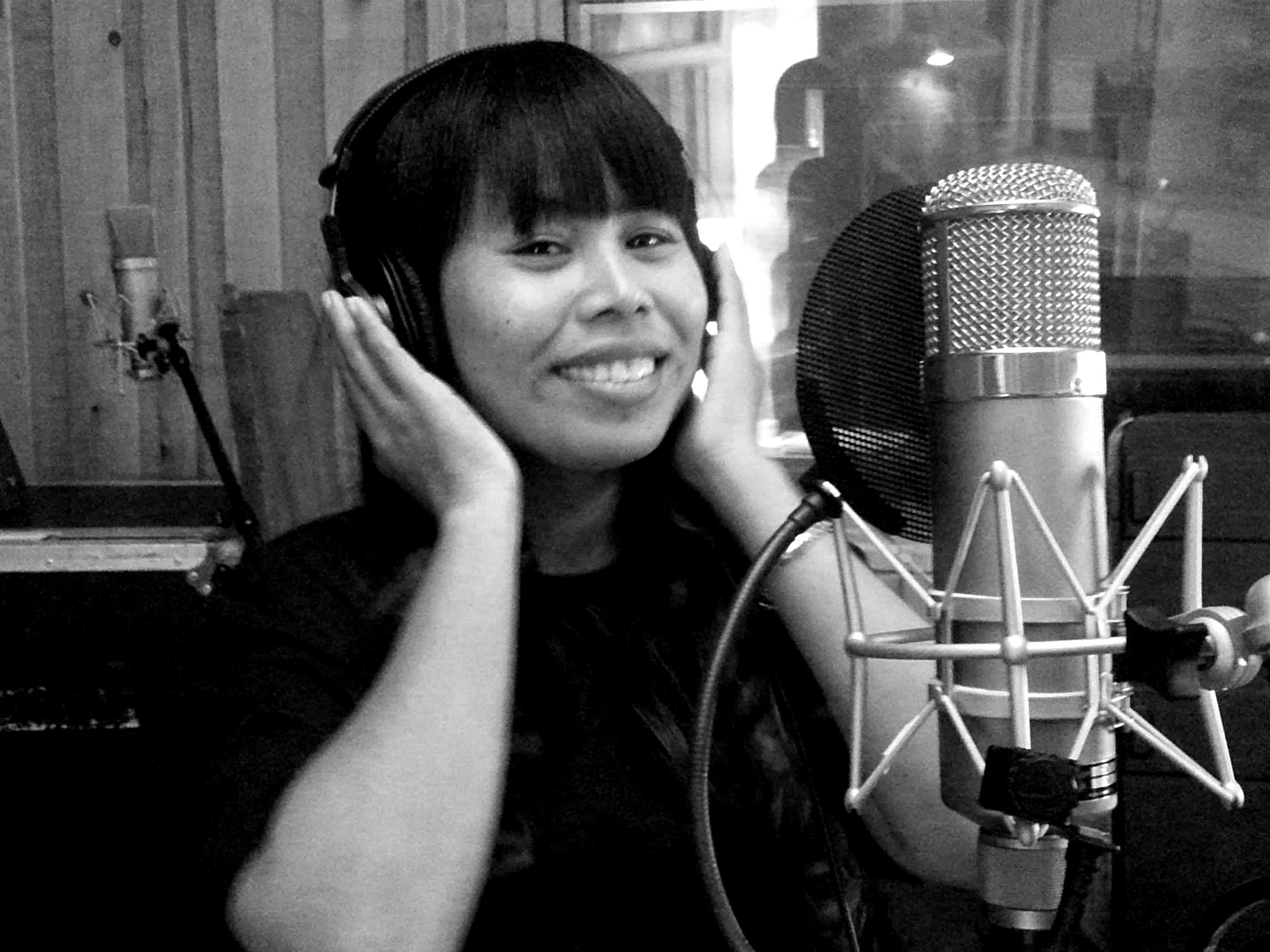 I think I like Brian’s last comment best…. Master Musicians of Jajouka going for about 2000 years! Now I’m not going to be around a long time either and this is all difficult and painful to think about but CSP was and still is a family band – there were always different groupings of the CSP as it ‘went global’ but always a family affair. I’m also not ready to seek out ‘charismatic female successors’ despite the fact that there are some fabulous women who could be great in performing with the CSP team – we’ll get to that but probably by becoming a studio ‘wrecking crew’ and recording with not one but many charismatic singers and that way, become an excellent platform for others to jump on. 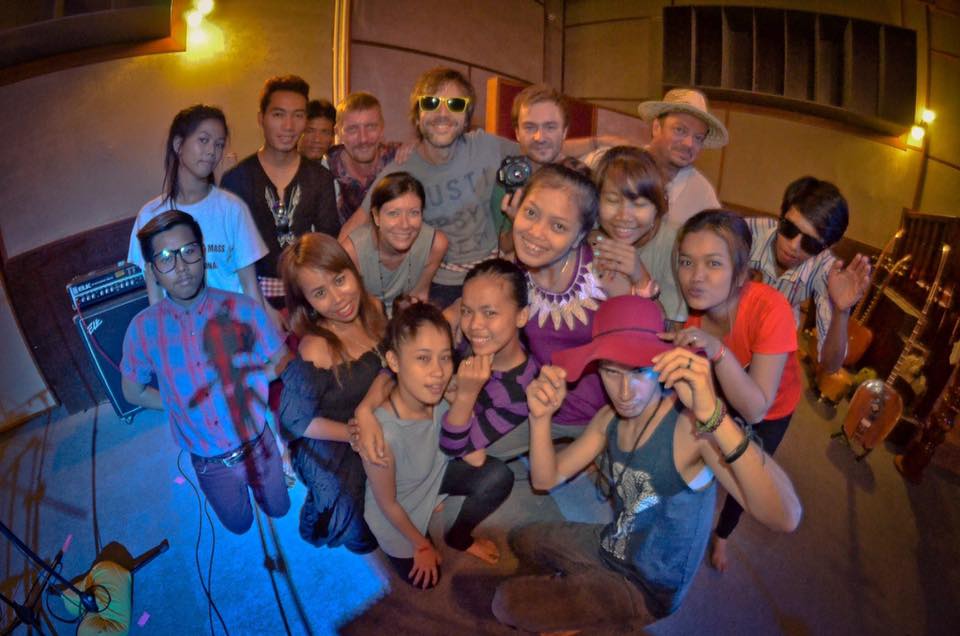 This week my CSP musicians in Cambodia, in Australia, in Europe have been in touch to offer and suggest ideas to keep going! It’s encouraging… it’s a lot of work and it means ‘one step at a time’ another favourite Channthy saying… and she loved using the Spanish version “poco a poco”.

In a few days, Bong Sak and Lenny will travel to Kampot to meet with my and work our way through ideas of putting a set of music together. Bong’s bringing his daughter to join us on vocals and lenny will be on percussion as Channthy wanted. These guys will probably take over the Cambodian side of organising and managing the CSP Mothership setting up and staging shows. The collection of instruments and backline that Thy’s leaves us will be put to work. 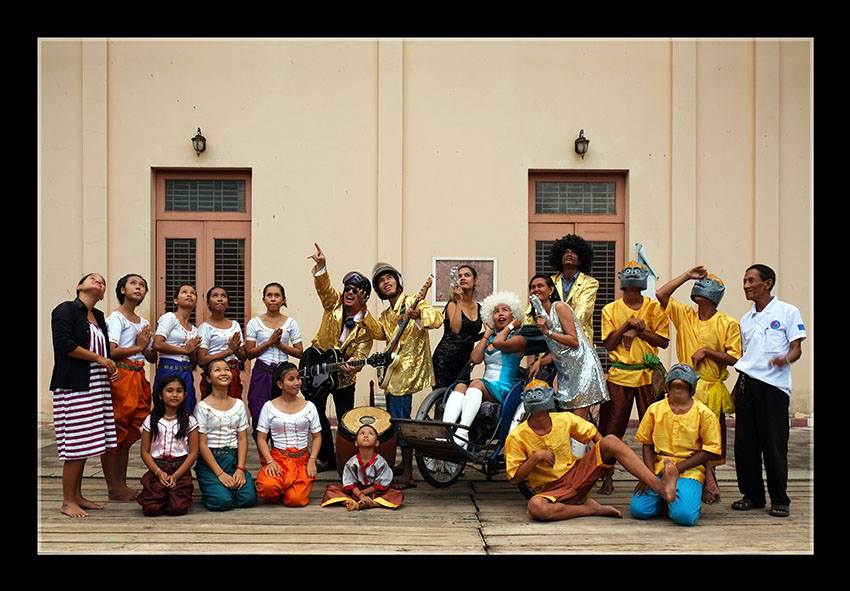 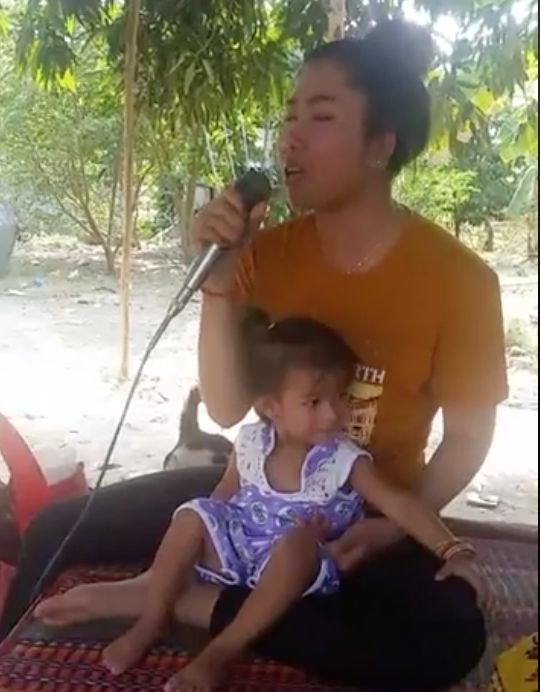 If you’re still reading here…. I’ve got a lot to write and will continue to write everyday for 100 days in honor of Channthy and to share with you, accounts of our incredible journey together. But more so, to continue to remind our friends and community that we need your ongoing support. Priority is to reach a target that can make a real and sustainable difference for Channthy’s 13 year old son Makara – pictured here with Hugo Cran of our Australian Space Project. 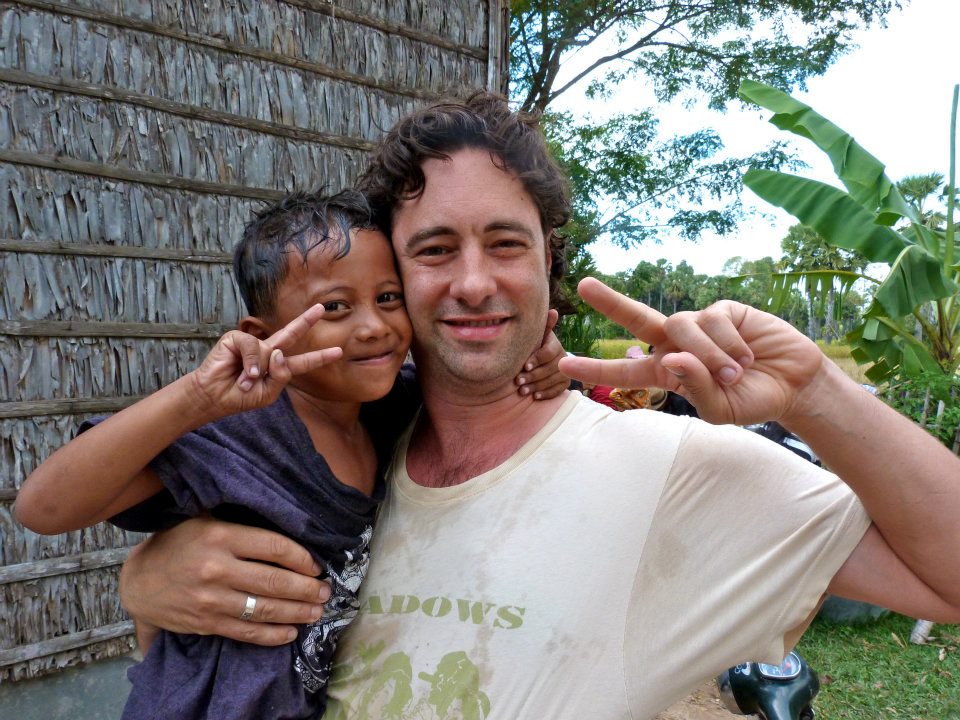 For those of you in Phnom Penh, I’m pleased to say the CSP Mothership sets sail on it’s first voyage and debut show at 65 Friday 27th of April at the French Embassy.

This show had been booked for CSP but now it’s the right opportunity for us to keep our CSP team going…Channthy would have wanted this and I can’t think of a better cause to be involved in than one that supports wildlife and environment… we all love elephants!

Welcome aboard The CSP Mothership! In Channthy’s name, we will never stop flying! 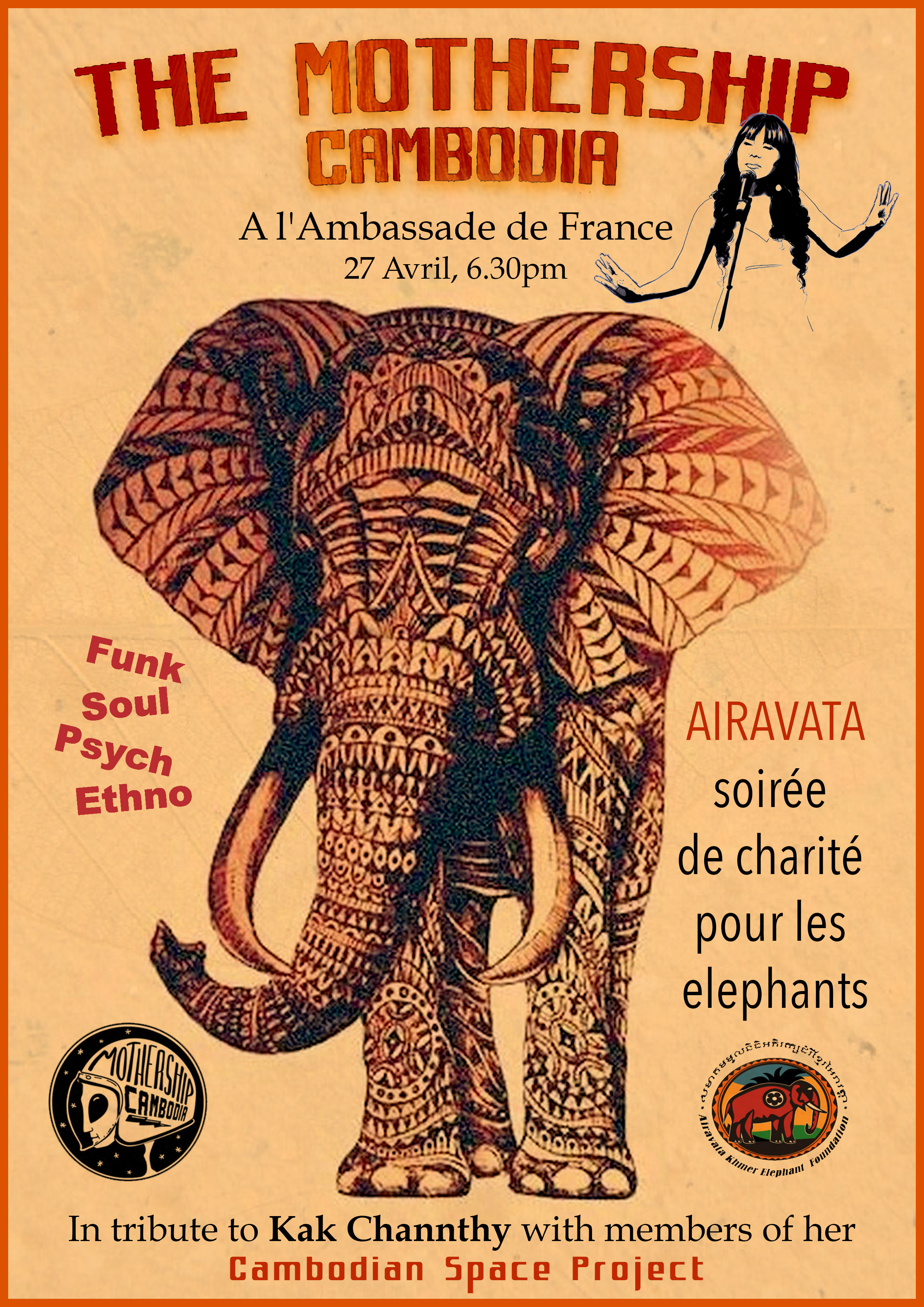